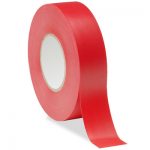 This was a bad week for asthmatic children in the United States. First we saw the death of a Philadelphia sixth-grader after her school delayed calling her father or an ambulance after she began to show symptoms of asthma. The father blamed the delay on the lack of a school nurse because of budget cuts. He feels that trained eyes in the school would have grasped the threat sooner and mobilized timely relief. Then this morning’s New York Times devoted a prominent space on the front page and nearly two more full pages in the back to a story on the fact that generic status and “competition” for older drugs have resulted only in huge price increases for staple asthma drugs, threatening the gains we have made in control and mortality rates over the past generation.

I have devoted a great part of the past four decades to treating children with asthma, and this confluence of events crystalizes many of my discontents. The absence of a school nurse is certainly a threat to student health and performance, but it’s no guarantee of safety to the individual child. I was once in the nurse’s office of an elementary school as part of a program I founded called Project ERASE to provide preventive service for asthmatic kids when a child came in who was not enrolled in the program. He was clearly suffering an acute asthma attack. He was cyanotic, that is, his skin was blue from lack of oxygen. I told the nurse to fetch some albuterol, and he refused because the child was not on his list and there was no medication for him. I asked the nurse where the meds were kept and got him to unlock it and turn his back. No good deed goes unpunished—the child’s father called me up to yell at me, but the child was alive.

The real story is not the nurse’s bureaucratic paralysis, or my own assertiveness. Instead, it was the gains my fellow volunteer allergists made in those schools by identifying the extent of the problems in “worst of the worst” asthmatics and working with their primary care doctors to practice established guideline medicine, with about 70% reduction in emergencies, and greatly increased school attendance and performance.

The Times story is a dismal tale of how once-cheap drugs have been turned into expensive ones by a daisy chain of legalistic chicanery by the companies that make them. There’s plenty of ammunition for just about every point of view here. The anti-environmental-minded can blame the ban of chlorofluorocarbon (CFC) propellants to protect the atmospheric ozone layer. Big pharma can blame the FDA for having excessively high standards that add billions in development costs. Consumers can blame the weakening of anti-trust laws, which allows the concentration of manufacturing in fewer hands and the ability of these companies to reset the clock on patent protection for minimal rejiggering of formulas and delivery systems. Even insurance companies have little leverage in negotiating lower costs for their members.

We have made enormous strides with asthma control in this country. Mortality rates are some 40% lower per capita than in the UK. But with more people skimping on their medication because of multiplying costs, we can expect that to ratchet back up. Meanwhile, as described in the Times, UK pharmacies are selling medication over the counter and even giving it away because the health regulators see the gains in school and work attendance and performance as worth the financial costs. In France, patients can get seven Advairs for the price of one in this country, and in Romania, they can get 51 bottles of the nasal steroid Rhinocort for the price of two in the US. It would be one thing if our pharmaceutical companies could claim these prices are justified as subsidizing the cost of developing breakthrough drugs, but the pipeline is notably weak. My old friend Dr. Arnold Levinson of the University of Pennsylvania challenged an audience of allergists to name one significant innovation in asthma treatment in the decades since inhaled corticosteroids decades ago and not one raised a hand. Instead, asthma R&D is operating by what we might call a corollary of the “Corleone rule”: “A lawyer with his briefcase can make more money than a hundred PhDs with test tubes.”

You've heard from a patient. Now you will hear from a doctor. Topical Steroid Withdrawal, … END_OF_DOCUMENT_TOKEN_TO_BE_REPLACED

By Paul Ehrlich, MD The title above is from an excellent article in The Atlantic by … END_OF_DOCUMENT_TOKEN_TO_BE_REPLACED

By Dr. Paul Ehrlich and Henry Ehrlich We were saddened to read that our co-author … END_OF_DOCUMENT_TOKEN_TO_BE_REPLACED