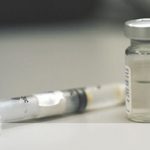 Welcome finally to our pages my long-time partner and friend, Dr. James Rubin, who explains our stand on proposed new rules for preparation of serum for skin prick tests and allergy shots. In an era where the pharmaceutical industry is continually gaming the system and driving the prices of drugs upwards, this is a blow against the closest thing we have to a cure for allergic disease. If it ain’t broke, don’t fix it. Should the new rules be adopted, someone will make a boatload of dough and it won’t be allergists. Meanwhile, fewer patients will be properly diagnosed and get relief from their allergies.

This would be a pity. Shots are still being studied and proving their value for patients of all ages. A new Polish study of 60 patients with allergic rhinitis published in the Annals of Allergy, Asthma & Immunology showed that shots cut symptoms by 55 percent after three years, and reduced medication use by 64 percent. The only thing wrong with this study is also the thing that makes it such conscientious science—there was a placebo control, and I just feel bad for the subjects in that group because they went three years with no relief when they don’t have that much time to enjoy it.

Not that the status quo is satisfactory. The things we see on the front lines of clinical practice cry out for higher standards, but they should be promulgated by our specialty, not imposed by an outside group via the FDA.

For example, going back a few years I once “inherited” a number of patients from a retiring allergist. One patient had been on shots for 50 years. A standard course of shots is supposed to be three to five years. I went through her history and found out that her dose was at a sub-therapeutic concentration.

Even at my age I am learning new things about shots. For example, it has long been customary to prepare the serum in syringes and give them to patients who can get their injections from a family doctor or nurse at a lower cost than specialists. However, at our practice we have instituted a policy of requiring an office visit for these patients. Some have been rolling in who have been getting their serum on autopilot for years. They have been compliant and non-symptomatic, so they haven’t bothered making appointments. That should be the good news. But the new policy has turned up some surprises. For example, one woman confessed to feeling lethargic and having some trouble with her breathing. I listened to her chest and found she was suffering from congestive heart failure. Patients complain that their doctors don’t listen to what they are saying. Sometimes they don’t listen to their chests, either.

I also see new patients from out of town who have prescriptions for strange allergens. Not on the order of Aqua Velva like one case we wrote about in our book, maybe, but iffy nevertheless.

The greatest revelation with long-time patients is that they persist with shots beyond the recommended duration. As Larry has written, about 80% of patients drop out before their shots are done. They feel better and quit, or they just hate it. So what are we to make of patients who put up with it for years and years? These people come into my office, I look at their charts and do a current history, and when I suggest that it’s time to reassess the state of their allergies with skin and blood tests, they balk. They would rather just keep getting the shots than take a chance of reverting to their former symptoms.

This is a reminder of just how debilitating seasonal and environmental allergies can be. They recall vividly days and nights of violent sneezing jags, sleepless nights of wheezing and itching, groggy days at work from antihistamines, frequent asthma exacerbations, and on and on. With patients like these, the term “it’s just allergies” doesn’t begin to do justice to their experience.

Personally, I have a lower percentage of patients on shots than I used to, but the ones who do take them are extremely conscientious about it. I take a lot of time with them discussing the commitment necessary, the tradeoffs in time and money compared to managing with medications and avoidance, and so forth, which makes some of them feel it’s not worth it. If they are convinced going in, however, they are more likely to benefit.

There’s no magic about shots. I welcome the development of new modes of desensitization. If recently approved sublingual immunotherapy (SLIT) tablets are easier for people to take, terrific, although they do have some unpleasant side effects for some people and as Larry has pointed out compliance in Europe where SLIT is better established is worse than for shots. I am very interested in a new modality using toothbrushing as the delivery system, which we will be reporting on in a few weeks.

All compliance being equal, the greatest advantage shots have is that they have a range of allergens can be custom combined in a single injection, although “private label” SLIT has its own version.

As Jim points out new rules proposed by the United States Pharmacopeial Convention standards also extend to extracts used for skin-prick testing. While SPTs do have their limitations in assessing food allergies, they are the quickest and cheapest route to diagnosing environmental and seasonal allergies. You shouldn’t have to send a blood sample to a lab to find out what’s making you sneeze. And by the way, having a high-priced extract won’t do anything for the accuracy of food allergy diagnostics. Allergists shouldn’t have to fight this battle. We should be thinking about the quality of care patients receive. To impose an artificial standard on patients and allergists will do nothing but create a new class of custom compounders and profiteers who will put treatment out of reach for many patients.

This was the first of several chats I had with Dr. Peter K. Smith, whose "False Alarm … END_OF_DOCUMENT_TOKEN_TO_BE_REPLACED

This was the first of several chats I had with Dr. Peter K. Smith, whose "False Alarm … END_OF_DOCUMENT_TOKEN_TO_BE_REPLACED