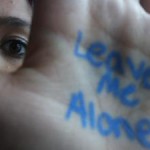 The headline read, “Asthmatic kids likelier to suffer from anxiety and depression”. The story went on to say that a team of Australian psychologists found, “…having asthma at age five was tied to a higher vulnerability for the later development of problems such as anxiety, conduct problems and affective problems.”

Of course it does. In fact, the same can be said of any chronic disease. They all have the capacity to disrupt both a child’s development and the overall family dynamics, with long-term psychological consequences for all.

This particular study captures the plight of kids at a particularly vulnerable juncture for learning as well as psychology. It is part of my beat on this website to urge parents and doctors to include family and possibly individual therapy to accompany treatment for the respiratory disease itself in anticipation of just such events. In fact, I really think that the psychological problems that asthma can cause belong under the umbrella of symptoms known now as asthma or chonic-illness syndrome, which we describe in our book, and should be dealt with as a matter of course by teams of professionals.

In a previous post, I wrote about the behavioral changes that often accompany the use of strong-but-necessary inhaled corticosteroids: “[L]et’s look at it from Junior’s point of view for a moment. He’s spent his whole life worried about coughing and wheezing and worse. He hasn’t been able to lead a normal life. Suddenly, he has some relief. He’s energized. He’s more ‘normal’ than he’s ever been. Isn’t it conceivable that some of the ‘problem’ is from adjustment? And what about the parents’ perceptions of the change? All their lives they’ve been taking care of a sick kid. Now he’s functionally much more healthy. Maybe they are having trouble adjusting. Before they worry about ‘treating’ Junior, perhaps they ought to treat themselves.”

This new Australian study looks, commendably, at the longer term. Obviously, the psychological implications of chronic asthma involve more than just a period of adjustment. No matter how successful the treatment is in the short run, thrusting the responsibility for self-medication and behavioral change on a young child is going to cloud the way he sees the world, participates in the world, and how he learns, in addition to the altered body chemistry from the medication itself. It is also going to affect how the world sees him; asthmatic kids are particularly prone to being bullied, as another recent study shows.

Like all other chronic illnesses, asthma is a condition of the psyche as well as the body. Left untreated, chronic asthmatic inflammation of the airways remodels the tissue, causing permanent damage. Left untreated, the psychological manifestations of asthma can have an analogously corrosive effect on the mind and spirit.

You've heard from a patient. Now you will hear from a doctor. Topical Steroid Withdrawal, … END_OF_DOCUMENT_TOKEN_TO_BE_REPLACED

By Paul Ehrlich, MD The title above is from an excellent article in The Atlantic by … END_OF_DOCUMENT_TOKEN_TO_BE_REPLACED

By Dr. Paul Ehrlich and Henry Ehrlich We were saddened to read that our co-author … END_OF_DOCUMENT_TOKEN_TO_BE_REPLACED