There was nothing remarkable about the headline:
Congested highways increase asthma risk

Nor about the first paragraph:
“Living near a heavily congested highway correlates with a higher presence of asthma, a new study has revealed. In the study, conducted by researchers at SUNY Downstate Medical Center and Lutheran Medical Center in Brooklyn, New York, they found higher rates of asthma among those living closer to Interstate 278, near a portion known locally as the Gowanus Expressway, and lower rates of disease in those living in the same community but farther from the Interstate.”

What was noteworthy? The fact that it was reported on the website of Times of India. I now practice in the South Bronx, the top asthma zip code in the US. But I used to run the allergist-training program at Long Island College Hospital (now folded into the SUNY Downstate program), which is very close to the notorious (from morning traffic reports) Gowanus Expressway. Had this study been done a generation earlier, I probably would have been supervising it.

The point is not that I have been at it a long time. Instead, it is the fact that Times of India is reporting on it. Indian newspapers report a good deal on asthma and other medical conditions that accompany economic development because clearly, they are an increasing problem. Indians drive lots of motor cars and trucks on roads built for muscle-powered vehicles. The resulting traffic jams are making local lungs miserable. You have only to look at my recent post on eating live sardines to help with asthma to realize how desperate people are for relief.

This phenomenon of migrating health problems is hardly unique to asthma. Our editor tells me that when he was collaborating on a book about sleep medicine, he used to ask customer service representatives who had Indian accents if they were suffering from sleep-phase disorder, common among night shift workers. Why? “Because I called them during my day, and it was their night.  We were exporting our call center job, our 24/7 culture, and the medical problems that accompany staying up all night to work.”  Now, as Indians develop their economy, they are importing dirty, asthma-inducing traffic emissions, and the news from Brooklyn has become their news, too. 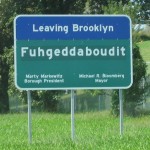 Kelly Barta, who has previously appeared on this website, is a survivor of topical steroid … END_OF_DOCUMENT_TOKEN_TO_BE_REPLACED

By Paul Ehrlich, MD The title above is from an excellent article in The Atlantic by … END_OF_DOCUMENT_TOKEN_TO_BE_REPLACED

By Dr. Paul Ehrlich and Henry Ehrlich We were saddened to read that our co-author … END_OF_DOCUMENT_TOKEN_TO_BE_REPLACED