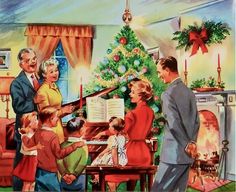 On Christmas Eve I went to my next door neighbor’s house for an evening of drinks and snacks before carol singing, as I have most years for decades. I was standing in the kitchen preparing to make my customary backdoor exit before the singing began to spare the musical sensibilities of the others from the sound of my voice. A young man came in and frantically began spitting into the sink and rinsing his mouth. He said it was burning. He had taken a bite of the hostess’s vegan chili, which contained cashews, and he was cashew allergic. After all these years of writing about food allergies this was the first reaction I had witnessed. I asked him if he had epinephrine. No. I ran back to my house and got him a cetirizine, a fast-acting antihistamine, which was the best I could do, and gave it to him. He went home a few doors away. The next day I heard that he had vomited when he was in the privacy of his home bathroom and that he was fine. Whew.

I have been ruminating on this ever since and chatting about it on Facebook. These are some of my thoughts:

First, as a young guy, perhaps in his late teens or early 20s, he fit the profile for risk-taking in a social situation. I had read about this person. Now I saw him in action.

Third, it wasn’t the hostess’s fault. These parties have taken place on and off for 30
years in one house or another without incident. Children have been born, grown up, and moved away, although the cast of wives has changed somewhat over the years, and the vegan is a recent arrival. While I expect she will be more careful next Christmas, it really is the responsibility of grownups to look after their own health. This was not a kid’s birthday party. Both parents were in the room. Potluck and catered family dinners at church or synagogue, by all means label; in fact I created the guidelines for my own synagogue. Private parties–every person for themselves. If you’re a guest, convey your issues to the chef, stick with food you know you can eat, and carry epi.

Fourth, I have now learned that cashews are a go-to protein for vegan versions of food like chili.

And to all a good night.

This was the first of several chats I had with Dr. Peter K. Smith, whose "False Alarm … END_OF_DOCUMENT_TOKEN_TO_BE_REPLACED

This was the first of several chats I had with Dr. Peter K. Smith, whose "False Alarm … END_OF_DOCUMENT_TOKEN_TO_BE_REPLACED