Those of us who grew up with the The New Yorker magazine challenge what we read in it very delicately.   The December 12 issue contains an article called “The Power of Nothing” by Michael Specter, which is about the placebo effect.  It recounts the work of a man named Ted Kaptchuk, “the first prominent professor at Harvard Medical School since Erik Erikson with neither a medical degree nor a doctorate…” Kaptchuk has studied acupuncture in China and has written lots of books and articles. 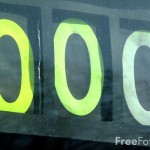 Kaptchuk says, “Anything that gets us away from the conveyor belts that move from the pharmaceutical houses to doctors and on to patients is worth considering…We need to stop pretending it’s all about molecular biology…”

Unfortunately, in my opinion, Mr. Kaptchuk puts too much emphasis on “feeling good” as the principal indicator of health, and not enough on what to do when there is some kind of underlying illness.  As I read, I wondered if he would get to a study published in the New England Journal of Medicine called “Active Albuterol or Placebo, Sham Acupuncture, or No Intervention in Asthma”, which I wrote about here.  It turns out he was one of the authors.  He wrote in the study, “Even though objective physiological measures are important other outcomes such as emergency room visits and quality-of-life metrics may be more clinically relevant to patients and physicians.”

The New Yorker piece quotes an incredulous medical school professor, David Gorski of Wayne State University:  “My jaw dropped when I read this….’Other outcomes’ besides objective measures may be ‘more clinically relevant’?”  Kaptchuk counters, “This study demonstrated that, without a change in objective data, you still get incredible subjective improvement.  So is a doctor really supposed to say, Gee, the patient is feeling good but I better ignore that and go by the numbers.”

Kaptchuk’s reasoning reminds me of what one philosopher said to another (or maybe it was two economists):  “Well, yes, it works in practice, but will it work in theory?”  Or maybe Richard Pryor’s line: “Who are you going to believe?  Me or your own lying eyes?”

I’m with Gorski 100% because with asthma, “emergency room visits and quality-of-life metrics” are objective criteria along with exhaled nitric oxide levels and sputum eosinophils even if the patient is usually asymptomatic.  Uncontrolled asthma leads to exacerbations and chronic underperformance at work, school, and recreation.

As I wrote in this blog in July:

“[T]aking the placebo takes some of the anxiety out of the patient’s mind and provides feelings of relief. But you have attacks because your lungs are inflamed, and if they are inflamed they are undergoing possibly irreversible damage, called remodeling. This study required that subjects cease to take their controller medication for a time and thus court an attack, which couldn’t be done with severe asthmatics. All these subjects had milder conditions.

“There are probably medical situations where the placebo effect ought to be the first recourse—all those antibiotics given for common colds should be replaced by sugar pills, although it might be tricky to charge a co-payment. With asthma, however, we know that ‘feeling better’ is often the problem. Your airways may be remodeling like mad, but you feel well or well enough to neglect taking your controller medication.”

You've heard from a patient. Now you will hear from a doctor. Topical Steroid Withdrawal, … END_OF_DOCUMENT_TOKEN_TO_BE_REPLACED

By Paul Ehrlich, MD The title above is from an excellent article in The Atlantic by … END_OF_DOCUMENT_TOKEN_TO_BE_REPLACED

By Dr. Paul Ehrlich and Henry Ehrlich We were saddened to read that our co-author … END_OF_DOCUMENT_TOKEN_TO_BE_REPLACED