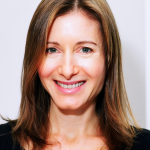 There isn’t one part of my son Eden’s food allergies that I haven’t questioned, even when it was obvious there was no answer to be had. In the seven years since Eden’s diagnosis – anaphylactic to peanuts, tree nuts, soy, dairy, seeds, legumes and salmon – I’ve rounded up all the usual suspects for his allergic condition, including myself.

Of course, at first, Eden’s doctors were in the spotlight right along with me. Those poor allergists, the ones who have deal the first blow – Diagnosis. When in doubt blame them, right? Of course most parents don’t truly believe that their allergist is dishing out an incorrect diagnosis. Instead my husband and I turned every stone over to find something besides wisdom of the allergy tests, dietary restriction and fluency in emergency medications.

“Okay,” we admitted back then, “The diagnosis is right … allergies.” You see Eden had spent months of his infancy in a state of reflux until the bouts of hives and ultimately an episode of progressive anaphylaxis. We had already marched from Pediatric Dermatologist to Pediatric Gastroenterologist to Pediatric Allergist. Each expert approached from their particular medical angle and offered varying degrees of support. The results ranged from quite helpful to non-existent. And the fact of Eden’s extraordinarily allergic constitution still remained.

So my husband and I discussed our Eden’s health nearly every evening: “But,” we would implore each other, desperate to erase the lingering sense of blame, “Eden has so many little allergic reactions. Why is he so itchy and congested? Why is his digestion weak? The allergist must be missing something. There must something else we can do.”

Are allergy tests accurate? Should our son take more medicine? Less medicine? No medicine? Vitamins? Well, we have since learned that at the tender ages during which many children are diagnosed with allergies it can be difficult to control their daily exposures: food labels, though vastly improved in the last decade, can be vague; kids and even grownups can be messy; and many food allergic children have environmental allergies as well.

All right. We settled upon Eden’s allergy care: avoidance of food allergens, minimal exposure to environmental allergens and emergency medication. Then my husband and I began exploring our genetics. My husband has hay fever and oral allergy syndrome. I had had a few episodes of food allergies when I was a child (citrus fruits) and the occasional bout of viral asthma. My Mom has asthma, but our DNA didn’t seem so terrible: Looking down our entire family tree, there aren’t any foods or air borne substances that in short order close air passages, inflame bodies and stop breathing. Currently, it’s estimated that if one parent has an allergic disease, the estimate risk of a child to develop allergies is 48% and the child’s risk grows to 70% when both parents have a history of allergies. Life-threatening food allergies seemed like a really crappy genetic hot potato to chuck at your child. Then again Eden has a sister who doesn’t have food allergies. Hmm.

Eden’s internal makeup was the next topic of scrutiny. I took it upon myself to read everything available about the biological processes of food allergies. Come nighttime while lying in my bed I would imagine my way inside of Eden: his heart and his hardwired body: All those allergic antibodies perched on his intestinal walls, nostrils, and lungs, those hateful antibodies that lay there waiting, poised to attack. Just one protein molecule, an invisible speck of egg white in a pan, could beckon Eden’s body to release those troublemakers, histamines, leukotrienes, cytokines, and the rest of Allergy Incorporated. They in turn would dilate his blood vessels, release mucus, and ravage his body in their frenzied activity. I would dream of those IgE Pac-Man-like movements as if Eden was under eternal assault.

And I continued to go down the modern laundry list of allergic transgressors. Antibacterial soap! Pesticides! Genetically Modified Food! C-Sections! Global Warming! Oral Antibiotics! Birth Order! Fetal Weight! Vaccines! Those boxes of Toffuti ice cream sandwiches I ate with pregnant enthusiasm! I was ready to sacrifice any, and nearly all, of our modern advantages and I was equally ready to be self-sacrificed, pleading like Mothers Past to the Cold Universe, “Why the child?!” At this point in time, my husband politely folded on our Blame Game. And so I recognized that it was time to stop. Eden wasn’t a baby anymore. I was in danger of missing the day-to-day joys of his childhood.

Of course, I will continue to stay informed about all aspects of food allergies. Of course I still want to know what has caused my son to have his anaphylactic food allergies. Of course, I want him to eventually effective treatment. But I’m not a scientist. I’m a writer, a mother and a four-star expert at keeping my allergic son safe and happy—along with my daughter and husband. From now on, answering the question “why?” is a hobby, not a spiritual quest. Winner or loser, I’m done playing the Blame Game too.

Susan Weissman is the author of FEEDING EDEN, memoir published by Sterling. Susan was a middle-school English teacher before turning to writing full-time. She writes for The Huffington Post, Allergic Living, and various sites on the topic of allergies and parenting. Find resources for parents and children with allergies at www.susanweissman.com by clicking here.

You've heard from a patient. Now you will hear from a doctor. Topical Steroid Withdrawal, … END_OF_DOCUMENT_TOKEN_TO_BE_REPLACED

By Paul Ehrlich, MD The title above is from an excellent article in The Atlantic by … END_OF_DOCUMENT_TOKEN_TO_BE_REPLACED

By Dr. Paul Ehrlich and Henry Ehrlich We were saddened to read that our co-author … END_OF_DOCUMENT_TOKEN_TO_BE_REPLACED