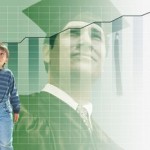 A study published in the New England Journal was tailor made for the popular press.  It shows that asthmatic children treated with inhaled corticosteroids [ICS] in early childhood were likely to be ½ inch shorter when they grow up than those given a different treatment [nedocromil] or a placebo, and that contrary to previous belief, they do not catch up.  Previous belief in this case goes back as far as the October 12, 2000 issue of the same journal.

Of course, the idea that it “stunts growth” is the headline material because surveys have shown that taller people get the best jobs.  The half-inch figure in the long-term data–is that really so significant when measured against the quality-of-life benefits from controlling asthma?  We know that persistent asthma is a major cause of lost days at school, poor academic performance, and low-grade depression.

I am all for science, but I feel a bit strange about this study.  Nedocromil and another drug called cromolyn sodium are good asthma control medications that don’t cause the side effects associated with ICS, but they are hard to use long term, and aren’t as effective either.  As for a placebo—well, placebo control does produce the best data.  Exacerbations were treated normally, using albuterol, and for severe episodes, with oral steroids, which have proven effects on growth if used regularly.  But I’m curious to know how the non-steroid subjects did in school, what sports they played or didn’t play and the other factors that constitute a normal life.  All of these quality-of-life measures ought to be uppermost in the minds of doctors, patients, and parents.

You've heard from a patient. Now you will hear from a doctor. Topical Steroid Withdrawal, … END_OF_DOCUMENT_TOKEN_TO_BE_REPLACED

By Paul Ehrlich, MD The title above is from an excellent article in The Atlantic by … END_OF_DOCUMENT_TOKEN_TO_BE_REPLACED

By Dr. Paul Ehrlich and Henry Ehrlich We were saddened to read that our co-author … END_OF_DOCUMENT_TOKEN_TO_BE_REPLACED