A recent article in the Washington Post was well worth reading. It begins with a moving account of a young woman’s life from middle school to college while afflicted with anaphylactic allergies. The journalist Levanya Ramanathan also gives an account of her own struggle with mushroom allergy. These personal stories are interwoven with a competent explanation of the medical issues.

What grabbed me were some quotes from prominent people in the field, including some of our contributors. For example, Hugh Sampson, MD, from the Jaffe Food Allergy Institute discussed his own early skepticism as the food allergy epidemic began to unfold.

“A lot of people, including myself, didn’t believe in food allergies,” he says. There’s a reason: They weren’t nearly as prevalent in the past. “Everyone would do skin tests and tell people, ‘You’re allergic to this food.’ But it was quite difficult to find people who had bona fide reactions.” Back then, ‘we really didn’t see much in the way of peanut allergy,’ Sampson says. ‘I know because I tested everyone for it. It wasn’t there.’”

This was a bit like reading that at one time Santa Claus just ran a toy factory and didn’t believe in Christmas. But as the cases piled up, in the 1980s and ‘90s, truth emerged, and the Jaffe was founded in 1997 with Dr. Sampson as its leader.

There is also mention of a survey that Dr. Sicherer and his colleagues conducted in 2006 among dozens of New York restaurants, “from fast-food stops and carry-outs to Italian, Asian and continental restaurants, to gauge whether they knew how to handle food-allergic customers. On the upside, many knew that peanuts, milk and seafood were among the major allergens. But then, roughly a quarter reported believing that a small amount of an allergen wouldn’t trigger a reaction; many thought it would be enough to just, say, pick nuts out of a salad. More than a third thought the heat of a fryer would destroy any allergens. (It doesn’t.)”

Another point of view is presented by Tania Elliott, an allergist-immunologist at NYU Langone Health, who is described as “a food-allergy pragmatist.” “In tandem with the rise in severe food allergy, she says, has come a spike in the number of patients who arrive in her office complaining of fatigue, headaches, bloating or stomach upset, and insisting they be tested for food allergies. She tells patients to reserve testing for when they have a real reaction — and no, fatigue doesn’t count. More likely, what these patients have is an intolerance, she says. ‘We can’t deny that allergies are on the rise over the past 20 years,” Elliott says, but “I do think that the perception, or the extent of that increase, has been blown out of proportion.’”

Nicely done Washington Post. For those of us who read the paper online for the latest breathless political intrigue, it’s nice to be reminded that it is a first-class general interest daily. 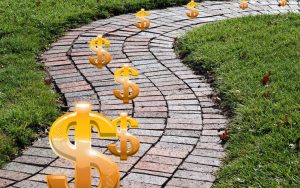 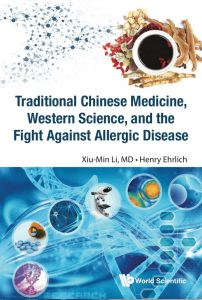 This month World Scientific Publishing brings to market a new book co-authored by Dr. Xiu-Min Li and me, entitled Traditional Chinese Medicine, Western Science, and the Fight Against Allergic Disease. It is a companion volume to Food Allergies: Traditional Chinese Medicine, Western Science, and the Search for a Cure, which came out two years ago. The word from readers is that like “The Godfather” and “The Godfather 2,” the sequel is as good as the original. My thanks to World, and editor Joy Quek, for their interested in adding a book about Dr. Li’s work to a distinguished list that includes many Nobel laureates. They also publish a large number of scientific journals. We chose this publisher for two reasons. First, when they learned about the earlier book they were very enthusiastic about it, and were very receptive to the idea of a new one. The other is because of their global reach and access to the research library market. I hope it will lead to more interest from other scientists and collaboration for this very encouraging approach. 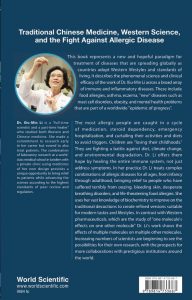 manuscript and said this:

An amazing book of hope, insight, progress and promise for those suffering from so many serious and common ailments. And at its core is the story of Dr. Xiu-Min Li, a visionary pioneer, an astute scientist, and a compassionate healer who is transforming medical care by bridging East and West with remarkable results.

Highlights of the new book include an introduction by Dr. Li that gives the inside story of how she arrived at her unique vision of using traditional Chinese medicine to treat allergies, asthma, and other immune disorders and using clinical practice to improve the science. Those who know her work will cheer.

You've heard from a patient. Now you will hear from a doctor. Topical Steroid Withdrawal, … END_OF_DOCUMENT_TOKEN_TO_BE_REPLACED

By Paul Ehrlich, MD The title above is from an excellent article in The Atlantic by … END_OF_DOCUMENT_TOKEN_TO_BE_REPLACED

By Dr. Paul Ehrlich and Henry Ehrlich We were saddened to read that our co-author … END_OF_DOCUMENT_TOKEN_TO_BE_REPLACED