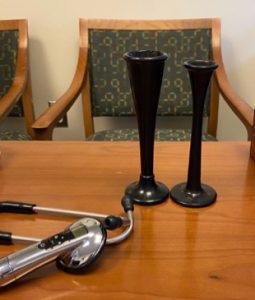 I am looking across my desk at an empty client chair while I await the start of my next virtual office visit. The new world of Covid-19 has ushered in telemedicine literally overnight and I am still learning and adjusting to medicine via video feed. I look longingly at my stethoscope, which sits next to two antique scopes (adult and pediatric) that I keep on my desk. They are more than 100 years old and resemble the original invention designed by Rene Laennec in 1816. The scopes are conversation starters that I incorporate in discussions about advances in medicine. The electronic stethoscope that hangs around my neck, which can amplify, record, and broadcast, astounds most of my listeners as they glaze at the two wooden instruments.

I have an affinity for breath sounds. I know that I was gifted with excellent hearing as audiometry has demonstrated more than once. Childhood tuberculosis stimulated my curiosity about the lung, and I am sure contributed to my decision to become a pulmonologist. I’ve enjoyed researching and lecturing on breath sounds and teaching auscultation to medical students as they learn physical diagnosis.

Long before there was much science to medicine there was the “laying on of hands”, a way of healing all type of ailments, simply from the touch of another human being. The physical exam, where the doctor feels and probes but also listens is a direct extension of this phenomenon.

Covid-19 has made telemedicine necessary but I fear that it will indelibly change the landscape of medicine. The benefits are clear – patients tell me daily that the virtual visit reassures them that I am “still there” – available if their health fails. I can listen to their complaints; advise, and even prescribe based on what they relate. A modified “exam” can be done where I ask the patient to turn the camera at a certain body part or walk around the room or blow out into the microphone of their phone to see if they are wheezing. I can observe their breathing patterns, look for edema and cyanosis. I can look but not touch.

I suspect that when it is safe for mankind to emerge again, a significant percentage of my patients will elect virtual visits over a physical one. Patients with arthritis or difficulty breathing who labor to walk will choose to visit from the comfort of their home. Healthy individuals with mild asthma who come to the office primarily for a refill of their rescue inhaler will also favor the ease of a virtual visit. The residual fear of transmission of infection, whether from the coronavirus or another pathogen, will also prompt a number of patients to choose virtual over physical. 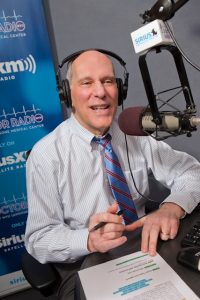 What will become of my stethoscope? I believe it will further evolve through technology with the development of an electronic scope designed just for remote video examinations. It might even look like the antique instruments that sit on my desk.

I see myself saying to my patient, “Please place the open end of the e-scope against your upper right chest, take a deep breath in and let the air out slowly.” Dr. Laennec would be proud.

Francis V. Adams, M.D. is a pulmonologist at NYU Langone Health and an Associate Professor of Clinical Medicine at NYU. He hosts Doctor Radio on SiriusXM 110 weekly.

A recent article in the Washington Post was well worth reading. It begins with a moving account of a young woman’s life from middle school to college while afflicted with anaphylactic allergies. The journalist Levanya Ramanathan also gives an account of her own struggle with mushroom allergy. These personal stories are interwoven with a competent explanation of the medical issues.

What grabbed me were some quotes from prominent people in the field, including some of our contributors. For example, Hugh Sampson, MD, from the Jaffe Food Allergy Institute discussed his own early skepticism as the food allergy epidemic began to unfold.

“A lot of people, including myself, didn’t believe in food allergies,” he says. There’s a reason: They weren’t nearly as prevalent in the past. “Everyone would do skin tests and tell people, ‘You’re allergic to this food.’ But it was quite difficult to find people who had bona fide reactions.” Back then, ‘we really didn’t see much in the way of peanut allergy,’ Sampson says. ‘I know because I tested everyone for it. It wasn’t there.’”

This was a bit like reading that at one time Santa Claus just ran a toy factory and didn’t believe in Christmas. But as the cases piled up, in the 1980s and ‘90s, truth emerged, and the Jaffe was founded in 1997 with Dr. Sampson as its leader.

There is also mention of a survey that Dr. Sicherer and his colleagues conducted in 2006 among dozens of New York restaurants, “from fast-food stops and carry-outs to Italian, Asian and continental restaurants, to gauge whether they knew how to handle food-allergic customers. On the upside, many knew that peanuts, milk and seafood were among the major allergens. But then, roughly a quarter reported believing that a small amount of an allergen wouldn’t trigger a reaction; many thought it would be enough to just, say, pick nuts out of a salad. More than a third thought the heat of a fryer would destroy any allergens. (It doesn’t.)”

Another point of view is presented by Tania Elliott, an allergist-immunologist at NYU Langone Health, who is described as “a food-allergy pragmatist.” “In tandem with the rise in severe food allergy, she says, has come a spike in the number of patients who arrive in her office complaining of fatigue, headaches, bloating or stomach upset, and insisting they be tested for food allergies. She tells patients to reserve testing for when they have a real reaction — and no, fatigue doesn’t count. More likely, what these patients have is an intolerance, she says. ‘We can’t deny that allergies are on the rise over the past 20 years,” Elliott says, but “I do think that the perception, or the extent of that increase, has been blown out of proportion.’”

Nicely done Washington Post. For those of us who read the paper online for the latest breathless political intrigue, it’s nice to be reminded that it is a first-class general interest daily. 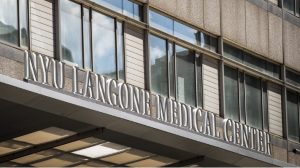 By Dr. Paul Ehrlich and Henry Ehrlich We were saddened to read that our co-author … END_OF_DOCUMENT_TOKEN_TO_BE_REPLACED

By Dr. Paul Ehrlich and Henry Ehrlich We were saddened to read that our co-author … END_OF_DOCUMENT_TOKEN_TO_BE_REPLACED

I recently began corresponding on Twitter with Dr. Brian A. Brennan, an allergist in Sioux … END_OF_DOCUMENT_TOKEN_TO_BE_REPLACED

By Dr. Paul Ehrlich and Henry Ehrlich We were saddened to read that our co-author … END_OF_DOCUMENT_TOKEN_TO_BE_REPLACED