(This piece is republished in its entirety from the Massachusetts General Hospital Food Allergy Center with the permission of the authors.) 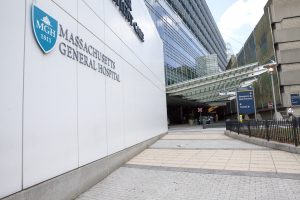 We have received several recent inquiries about the follow up study on Dr. Mimi Tang’s peanut oral immunotherapy with probiotics trial (PPOIT), first published in 2014 (https://tinyurl.com/y83eg5an). This seems like a good opportunity to review with all of you, our patient community, where we think things stand regarding interventions for people with food allergies.

Immunotherapy Background
The first attempts to apply immunotherapy for the treatment of allergy are as old as the application of vaccinations to infectious disease, reaching back more than a century. As applied to allergy, immunotherapy refers to an intervention, for those with established allergy, designed to induce a new immune response to the targeted allergen that protects from subsequent reactions. At this point, there have been dozens of studies of immunotherapy to treat food allergy, most by giving initially tiny and gradually increasing doses of the allergen every day for many months. Most have been small single-center trials, including two here at MGH, but the field has slowly matured to the point that there are now two multi-center industry-sponsored phase 3 clinical trials of immunotherapy for peanut allergy as well as a multi-center phase 2 trial for milk allergy. FDA approval appears to be likely for these treatments of peanut allergy as soon as 2018. In parallel to the progress in clinical trials, though despite current recommendations by professional societies and the NIH, more and more practitioners, including allergists, are offering oral immunotherapy in clinical practice.

Immunotherapy Outcomes
There is more than one way to think about success in the context of immunotherapy treatment. Most patients and parents are less interested in being able to eat the food they are allergic to ad lib (remission) as they are in reducing the risk of a serious accidental reaction (protection) — though that can vary depending upon the food allergen (e.g., milk versus peanut). What the numerous studies have shown is that most individuals can tolerate the therapy, but will only achieve short lived protection. For these patients (roughly 75 percent), they must regularly eat the allergen (the usual recommendation is daily) to maintain protection. It is more challenging to study remission, as it is difficult to define in a time-limited study. Even protection that lasts over a few weeks or months of post treatment avoidance — the longest typically looked at in a research design — might eventually wane. Research shows that only about one quarter to one third of patients will achieve the desired outcome of a more durable benefit.

The PPOIT Study
In Dr. Tang’s study, 56 patients who had been evenly divided between receiving either placebo or a combination of peanut OIT with probiotics were contacted about 4 years after completing the initial trial. The goal was to see how many were still eating peanut. Of the original 56, 48 individuals participated in this follow up, and of those, 16 of the 24 who received active treatment were eating peanut. Only 1 of the 24 who received placebo treatment was eating peanut. To get a sense of how stable their tolerance is (protection versus remission), the 16 individuals eating peanut were invited to once again strictly avoid peanut for 8 weeks and then undergo a food challenge test. Of the 12 who agreed, 7 could fully tolerate peanut after the 8 weeks of avoidance. Research is voluntary, of course, and people can have all sorts of reasons for not participating. However, the most rigorous and appropriate way to evaluate the results of a clinical trial is a sort of worst-case scenario called intention-to-treat analysis (https://tinyurl.com/jqtxzo9). Because a very important reason people may not participate is that they did not do well, this analysis assumes that when the data are missing, the treatment failed. By this conservative approach to analysis, the results of the PPOIT study are essentially the same as we have seen from other OIT studies generally: 16 out of 28 participants (~60%) achieved protection and 7 of 28 (25%) achieved remission. Even if we assumed the most generous assessment, that 16 out of 24 (66%) achieve at least temporary protection, this is hardly what we would consider a ‘cure’, despite numerous headlines (e.g., https://tinyurl.com/ycgbfp3t).

Importantly, this study did not include a treatment arm of peanut oral immunotherapy alone, without the addition of probiotics, which unfortunately leaves us unable to say whether the additional probiotics had any impact on outcomes.

Immunotherapy Hype
Most of my colleagues from around the country and I believe that oral immunotherapy is and will be helpful for many individuals, but we also worry that through the lens of sharing stories on social media and by way of often over-exuberant news media, this therapy enjoys an undeserved shine. There are many reasons for us to want to treat OIT as more than it is. We each have a natural bias toward positive stories, and there is much over diagnosis of food allergy —and subsequent “curing”—among people who are not truly allergic. Those of us who see patients with allergies also worry that many people overestimate the risk and burden of managing food allergies by avoidance, while at the same time underestimating the risk and burden of receiving oral immunotherapy treatment. It is inherently difficult to make a choice that feels passive and wait for more definitive answers when we want to be pro-active. An active treatment like immunotherapy satisfies that desire.

Immunotherapy at MGH
Since the Food Allergy Center was established at MGH in 2010, we have supported the current recommendations regarding immunotherapy. Specifically, that more research was needed before immunotherapy should be regarded as a justifiable option for use in every day clinical practice. Now, in 2017, the paradigm is shifting, the use of immunotherapy is supported by more evidence and we believe that outpatient practice is a more justifiable option for patient management. Despite the reservations articulated above, and as more studies have demonstrated at least limited efficacy, we recognize that patients and their families can, should and are weighing the benefits and risks of OIT and deciding for themselves.

Though we anticipate FDA-approved options for the treatment of peanut in the next 1-2 years, we acknowledge that it will take many more years for approval of each major allergen treatment and that many patients have multiple allergies. Furthermore, the willingness on the part of many insurers to now cover this service has lowered financial barriers for our patients and families. Given our extensive experience in conducting oral immunotherapy trials since 2010, we believe that the FAC@MGH is in a strong position to offer this therapy safely, supported by rigorous pretreatment diagnosis and appropriate education about the benefits risks and burdens associated with this treatment modality.

If you would like to join that discussion to offer your perspective, we invite you to do so by emailing us at foodallergy@mgh.harvard.edu. Please follow us here for updates on our plans to offer immunotherapy and educational programs around it in the coming months.

* Note: Dr. Pistiner has previously published on this site.

You've heard from a patient. Now you will hear from a doctor. Topical Steroid Withdrawal, … END_OF_DOCUMENT_TOKEN_TO_BE_REPLACED

By Paul Ehrlich, MD The title above is from an excellent article in The Atlantic by … END_OF_DOCUMENT_TOKEN_TO_BE_REPLACED

By Dr. Paul Ehrlich and Henry Ehrlich We were saddened to read that our co-author … END_OF_DOCUMENT_TOKEN_TO_BE_REPLACED