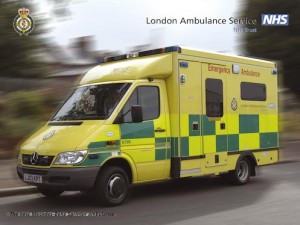 Several of our American readers responded quickly to an article in Monday’s British Daily Mail to news that a 14-year-old girl, Naishel Kelly, died very soon after reporting difficulty breathing. “She was taken to the school nurse’s office where she collapsed. Paramedics rushed her to the Royal Sussex County Hospital but she was pronounced dead on arrival. There were suggestions that Naishel, who had a nut allergy, had eaten a chocolate brownie for lunch. However, a police spokesperson said this wasn’t a factor in her death.”

I have several thoughts reading this. First, my sympathies to the family for their terrible loss.

Second, I wonder at the police spokesperson’s instant dismissal of nut allergy as a factor. I suggest he or she wait for the autopsy.

Third, and more important that the police pronouncement, it points to the overlap of asthma and food allergy. The two are often discussed as if there were no connection. There’s a reason why we must look at both together. The best research shows that fatal food allergy anaphylaxis most often results when epinephrine isn’t available or when an individual also has poorly controlled asthma. As in many other aspects of allergic medicine and medicine in general, there are very few discrete categories.  Epinephrine is the best emergency treatment for acute anaphylaxis and for severe asthma attacks.

Asthma is a condition of the lower airways. During an asthma attack, bronchoconstriction—narrowing of the airways—makes it difficult for the lungs to process healthy volumes of air. It also makes it hard to expel mucus that has formed in response to, say, pollens, dust or diesel particulates. If there is enough mucus, it forms a plug that can be fatal.

Food-induced anaphylaxis involves narrowing of the upper airways. When the free flow of oxygen in and carbon dioxide out are already labored because of poorly controlled asthma, constriction in the upper airways makes this exchange harder still.

We continually harp on the phrase “one airway, one disease.” Anything that affects the upper airways, such as allergic rhinitis, has implications for the lungs as well, which is why we urge regular irrigation and inflammation control of the sinuses to help with asthma. Likewise, for the patient who has both food allergies and asthma, the kind of day-to-day vigilance it takes to control the first will never be complete without controlling the second.

Regardless, whether this was a case of food allergy anaphylaxis or asthma or both, epinephrine is the best emergency treatment for both kinds of airway constriction, but the double duty makes prompt use even more critical. We shall look for the results of the inquest, which is what the Brits hold after an unexplained fatality. Whatever it does show, my feeling after all these years of practice is that prompt administration of epinephrine would have saved Naishel’s life. We urge forthright support of the School Access to Emergency Epinephrine Act to help make such tragedies a thing of the past.

To read more about the bill, click here, and for our contributor Susan Weissman’s explanation of it on the Huffington Post, go here.

You've heard from a patient. Now you will hear from a doctor. Topical Steroid Withdrawal, … END_OF_DOCUMENT_TOKEN_TO_BE_REPLACED

By Paul Ehrlich, MD The title above is from an excellent article in The Atlantic by … END_OF_DOCUMENT_TOKEN_TO_BE_REPLACED

By Dr. Paul Ehrlich and Henry Ehrlich We were saddened to read that our co-author … END_OF_DOCUMENT_TOKEN_TO_BE_REPLACED