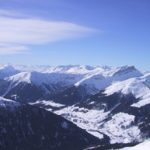 The word “Davos” used to mean to global enterprise and politics what Cannes means to the movie industry–an annual destination for everybody who was anybody–and maybe it still does. Of course what counted for importance was fluid. During the dotcom boom of the late 1990s I wrote a speech for an executive whose personal fortune—based on the value of his options—was $3 billion when I sent the final draft. It was $150 million shortly after he delivered the speech, and not long afterwards he left the company to spend more time with his family.

Now, however, it pops up again in a different and for my current purposes a highly pertinent context, in the form of a declaration by a group of 40 scientists and clinicians from four continents under the sponsorship of the Christine-Kühne Center of Allergy Research and Education (CK-CARE).

Allergy and allergic diseases represent a major health problem not only in industrialized ‘modern’ societies, but worldwide. There has been an epidemic increase in prevalence of allergic diseases in the last few decades with 10–30% of the population affected. Apart from individual suffering, because of their life-threatening or chronic course, these diseases present a high socioeconomic burden. In many countries, patient care of affected individuals is insufficient and/or inadequate. In spite of great progress in research into the causes and treatment of allergy in the last decades, there are still many problems to be solved in moving to reach our goals of more effective therapies and eventual prevention.

They also emphasize the fact that medicine is ill equipped to cope with this rising incidence of disease, something we address in our book as well. Here’s what they say:

Sounds like a plan. In fact, it sounds like a mission statement for asthmaallergieschildren.com and Asthma Allergies Children: a parent’s guide. Dr. Chiaramonte trained dozens of specialists at Long Island College Hospital before his program was merged with SUNY Downstate, and Dr. Ehrlich has as many residents from NYU medical school as he can manage, eight of whom have chosen to specialize in allergy in the past few years, although their own med school (and his alma mater) doesn’t have a program. We founded this little enterprise to promote these goals. We’re glad to see that this august body is on board.

This was the first of several chats I had with Dr. Peter K. Smith, whose "False Alarm … END_OF_DOCUMENT_TOKEN_TO_BE_REPLACED

This was the first of several chats I had with Dr. Peter K. Smith, whose "False Alarm … END_OF_DOCUMENT_TOKEN_TO_BE_REPLACED