Can writing heal? I’ve always written about the things that plagued or puzzled me, about the situations I wanted to better understand. But if you had told me that I would ever write about my childhood asthma, I’d never have believed it, because it was too shameful for me, too full of terrifying memories.
From the time I was five, I was sick. I was in and out of emergency rooms, in and out of hospitals, tethered to breathing machines. (I don’t know why I remember this, but at that time, the doctors kept calling the machine “the bird.”) I remember not being able to breathe, struggling to suck air through a windpipe that felt like a straw. And I remember the shame of having such a disease; the way I thought it was disgusting.

Asthma. It means “a lovely girl” in Japanese, but in Boston, where I grew up, I might as well have put a sign on my body that said “make fun of me” Kids giggled when they heard me wheeze and imitated the accordion sound, so I tried to suppress my breathing struggles, which made things worse. They made fun of my inhaler, so I lost it or hid it, once even tying it around my waist under my dress so no one would even know I had one. I withdrew. I couldn’t really run around outside with my friends anyway, so I spent long hours in the library, searching out biographies about other people who had overcome the tragic wrong turns of their body. I loved Helen Keller (“Big deal,” one of my friends said to me when he saw the book. “she was still deaf and dumb.”) I couldn’t carry my own inhaler, so there was the shame of having to ask the school nurse who would loudly ask me, “How’s the old asthma?” as if it were an uncle you weren’t so crazy about seeing. Worse, I had to ask my father for my inhaler at home. He would sigh and say, “Already?” But more painful was the way my mother watched me, her fear palpable, her voice full of warnings of all the foods, weather, dust, pets and more that she just knew would hurt me.
I stopped telling people that I had asthma because it sounded so shameful to me. So the next time I was sick, I told the teacher I had pleurisy, a word I learned from one of my library books. I begged my mother to not say the word asthma in notes excusing my absences, to say simply that I was ill. When I was in the hospital, I told friends it was bronchitis. The only way I could tell my first boyfriend, the love of my seventeen-year-old life that I had asthma, was to write him a letter about it and make him swear we wouldn’t have to talk about it after he read it.
I grew up and so, in a way, did my asthma. There were better medications, and when I got pregnant and had a child, my asthma miraculously seemed to grow milder.
And then I began to write this novel, Pictures of You. Pictures of You was about another phobia of mine, driving. Centering around a car crash, it had a little boy in it, and suddenly, to my surprise, he had asthma. “I don’t want to do this,” I told a friend. She laughed. “Then that’s why you should,” she told me.
So I began to create this life of this boy, Sam. Like me at ten, he hid or deliberately lost his inhalers. Like me, he was mocked and spent most of his time alone in the library, lost in books, and like me he was in out of emergency rooms. And as I was writing, to my surprise, my asthma began to get better. How could this be? I found I was taking less and less medication and then none at all. I went to my pulmonologist and told him, “I think I’m cured!”
“Asthma plays hide and seek,” he told me. “You can’t monkey around.” He insisted I keep taking my medication, but for me, writing this novel did more for me than steroids or albuterol. I began to fall in love with Sam, to feel so much sorrow and compassion for him, but the sicker he became, the better I felt. Right up until the moment I turned the book in, and then I got sick again! Emergency room sick! “I told you asthma plays hide and sick,” my doctor said.
I went back to normal, but something profound had changed. Suddenly, I was talking to people about the book, about Sam and his asthma, and that segued into me, for the first time, really talking about my asthma and me. What it had been like. What it was like now, right this minute. I didn’t heal my asthma, but I healed my childhood. By giving so much love and compassion to Sam, I gave it, in a way, to myself. Instead of feeling shame about the sick little girl I was, I now feel pride at how well I struggled through it, how brave I was. In a way, I claimed my asthma and in doing so, I made peace with it and with myself.

Caroline Leavitt is the author of 8 novels. Her 9th novel Pictures of You will be published by Algonquin Books in January. A book critic for People Magazine and the Boston Globe, she is a senior instructor at UCLA’s Writers Program online. She lives with her husband and son in Hoboken, N.J 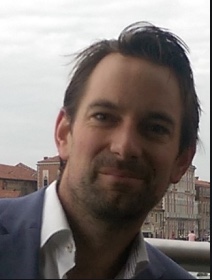 This website has long been concerned with people not taking their medicine, particularly … END_OF_DOCUMENT_TOKEN_TO_BE_REPLACED

By Dr. Paul Ehrlich Penicillin was discovered by Alexander Fleming in England in … END_OF_DOCUMENT_TOKEN_TO_BE_REPLACED

This website has long been concerned with people not taking their medicine, particularly … END_OF_DOCUMENT_TOKEN_TO_BE_REPLACED