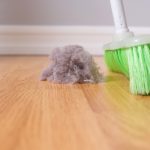 I continue to host regular rotations of NYU Med School residents through my practice. While most of them are not going to continue with allergy and immunology, these ambitious pediatricians, internists, and pulmonologists to-be appreciate one thing above all–the time we take talking to patients and trying to deduce the source of their symptoms. A current resident, who wants to be a pediatric neurologist, sat in on a consultation recently that exemplifies this approach, and brought great relief to a patient who has been suffering for a long time.

The symptoms were not short-term dangerous, such as anaphylactic food allergies. Neither were they an acute and chronic threat, like moderate-to-severe asthma. Nor were they debilitating and disfiguring like recalcitrant eczema, although it was a skin issue. It can only be described as maddening itching that came and went in the course of the day.

The patient, a teenage boy, had no nasal allergies or food issues at all, which is why he arrived so late in the game at the allergist’s office, having been through pediatricians, dermatologists, and other specialists. One of the aggravating factors was that office hours for these doctors happened not to coincide with symptoms. It was like the archetypal trip to the mechanic when the car was on its best behavior and just won’t make the noise that is driving you crazy. So we went carefully through the timetable. It happened at night and kept him awake. The mother was a versatile cook who shuffled a variety of healthy foods through the evening meal. There were no pets. Clothes were laundered regularly with unscented detergents, although the patient was somewhat remiss in cleaning his room, making his bed and, significantly, changing his sheets. A picture began to form. So I did a few scratch tests and nothing stood out except dust mite, which exploded.

For those who don’t know it, dust mites live in mattresses and pillows by the jillions where they feed off dead human skin. They excrete dust, and dust is highly allergenic. The dead mites themselves are an allergen. It has been said that after a couple of years the filling of a pillow or mattress will be outweighed by the mites and their detritus. The home environment is often more allergenic after vacuuming and sweeping because dust is stirred up. This family had never considered encasing their mattresses and pillows in fabric too tightly woven to allow dust mites to enter or leave. The allergic response is exaggerated by the fact that the body’s natural hormonal defense against allergic inflammation, cortisol, declines overnight, so just when the allergic exposure is at it’s peak, resistance is down.

Cutting-edge diagnostics? No. Life saving. Hardly. But to this patient, it’s a miracle cure, and to a young doctor, it’s a lesson that sometimes the best medicine is the simplest medicine.

You've heard from a patient. Now you will hear from a doctor. Topical Steroid Withdrawal, … END_OF_DOCUMENT_TOKEN_TO_BE_REPLACED

By Paul Ehrlich, MD The title above is from an excellent article in The Atlantic by … END_OF_DOCUMENT_TOKEN_TO_BE_REPLACED

By Dr. Paul Ehrlich and Henry Ehrlich We were saddened to read that our co-author … END_OF_DOCUMENT_TOKEN_TO_BE_REPLACED