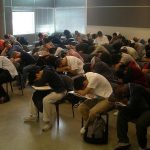 I have been fascinated by the connection between asthma and sleep disorders since long before we started this website, and have written about it here and here. The connection between asthma, overweight, and sleep apnea—a condition in which the upper airways collapse, stopping any air from going in and out, forcing the body to jolt itself back to waking with its own adrenaline—is particularly disturbing.  Anything that constricts the airways, such as allergic and asthmatic inflammation, increases the likelihood that they will be blocked during the relaxation of sleep.  This happens hundreds of times a night.  The three conditions constitute a mutually reinforcing feedback loop, and it is growing among children, who face a lifetime of spiking blood pressure, daytime sleepiness, overall degenerating health, and lower quality of life.

A new study being presented at the American Thoracic Society brings new urgency to this connection.  Principal investigator Daphne Koinis-Mitchell, PhD, Associate Professor of Psychiatry and Human Behavior, and Associate Professor of Pediatrics at Brown University’s Alpert Medical School in Providence, Rhode Island says,  “While it has been recognized that missed sleep and school absences are important indicators of asthma morbidity in children, our study is the first to explore the associations between asthma, sleep quality, and academic performance in real time, prospectively, using both objective and subjective measures.  In our sample of urban schoolchildren (aged 7 to 9), we found that compromised lung function corresponded with both poor sleep efficiency and impaired academic performance.”

The study says those with poorly controlled asthma had lower-quality school work and were more careless with it, compared with those whose asthma was controlled. Lower-quality, carelessly done work correlated with both self-reported and objectively measured asthma symptom levels and worse sleep quality. Increased sleep onset latency for these kids–the amount of time they take to fall asleep–was associated classroom sleepiness.

We all have a stake in this epidemic.  We owe it to ourselves as taxpayers, if nothing else, not to 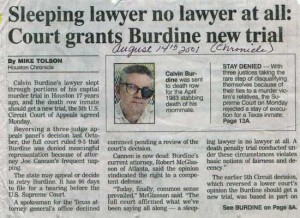 consign generations of children to lifetimes of nighttime breathing disorders and daytime sleepiness.  But this is not just a problem for children.  Many of us as adults have probably worked along side adults who can’t carry their weight (pun intended) professionally because they are continually dozing during the day.  This can be a matter of life and death when drivers nod off when behind the wheel.  A death-row inmate used his lawyer’s courtroom sleepiness during trial to appeal his sentence.  Sometimes, though the consequences are “merely” financial, as in the case of the allergist who hired an asthma patient to be his divorce lawyer. His asthma got better with treatment, but he was heavy and refused to use the C-PAP (continuous positive air pressure) machine prescribed to treat his apnea. He fell asleep during the allergist’s divorce hearing.

I am still paying.

You've heard from a patient. Now you will hear from a doctor. Topical Steroid Withdrawal, … END_OF_DOCUMENT_TOKEN_TO_BE_REPLACED

By Paul Ehrlich, MD The title above is from an excellent article in The Atlantic by … END_OF_DOCUMENT_TOKEN_TO_BE_REPLACED

By Dr. Paul Ehrlich and Henry Ehrlich We were saddened to read that our co-author … END_OF_DOCUMENT_TOKEN_TO_BE_REPLACED