A meta-analysis is a statistical analysis that combines the results of multiple scientific studies. The basic tenet behind meta-analyses is that there is a common truth behind all conceptually similar scientific studies, but which has been measured with a certain error within individual studies. Wikipedia

“John, have you thought of performing a meta-analysis on those studies?”. I stared at the audience member who made the comment. Who was this bloke? What was a meta-analysis? “Interesting” I replied, biding time. “Let’s talk after the session”.

Country meetings for medical societies are held from time to time. Melbourne allergists Dr Robert Puy and Dr John Bishop organised one entitled “The Asthma-Allergy Connection” in 1991. It was in the Barossa Valley, South Australia, one of Australia’s best wine regions. I had put together an old-fashioned descriptive review of allergen immunotherapy for asthma. Allergen immunotherapy consists of repeated increasing doses of allergen by injection (more recently orally) to reduce allergy, a technique first used in 1911. I described 8 studies of its use in asthma. At the coffee break, Dr (later Professor) Michael Abramson, who had made the comment after the talk, explained that a meta-analysis was a statistical assessment of a group of individual studies, something I had never heard of.

After inviting our colleague Dr Robert Puy to join, we met regularly for the next 19 years, always after work hours, sometimes every 2 weeks, sometimes with greater gaps. Usually at my place. My role was the venue and supper, often pizza. Michael did the statistics. Robert was the one who pored through the papers. Well, we all did, but Robert had a knack of extracting the relevant sections. In a nutshell, we had to try to find every paper published on the topic, in all languages, and read them to see if they fulfilled the criteria for a randomised controlled trial. In the nineties it was all hard copies. Later it went online.

Our first publication appeared in the American Journal of Respiratory and Critical Care Medicine in 1995. We ended up statistically analysing 20 papers. 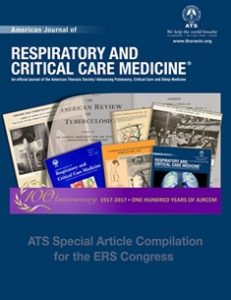 It was a bit of a coup. It was the first time that respiratory physicians had tentatively embraced an allergy paper in print. Prior to that time, with few exceptions, allergy was viewed as anathema by most of the academic respiratory fraternity. There were exceptions. I remember speaking at a meeting of the Thoracic Society of Australia in the nineties. The session was chaired by the late Prof Ann Woolcock, who is remembered as one of the world’s leading respiratory physicians. She was one of the early researchers into dust mite and mould induced asthma. She asked me a very important question: “Does pollen cause asthma?” It was clear that she believed it could. It’s a question that would never be asked in 2018, after the tragic consequences of Melbourne’s Thunderstorm Asthma day on 21st November 2016. Back then allergists saw lots of people with pollen induced asthma, and botanists in the 80s had already published the mechanism by which pollens can break up into tiny granules during thunderstorms and enter the lungs. But most respiratory physicians of the time did not believe that association. The discussion at that meeting was vigorous, with many from the audience denying pollen’s relevance.

At Michael’s behest, we then submitted a later enlarged review to the Cochrane Collaboration, the repository of evidence-based systematic reviews. and submitted several revisions over the years. Our last review appeared in 2010. By that time we were able to analyse 88 studies.

We were subsequently amazed to see a full page in Harrison’s Principles and Practice of Internal Medicine devoted to our results.

Michael Abramson’s question led to 19 years of fruitful contributions to medicine. He was only able to ask that question at that meeting because he had the right background knowledge. It was the perfect example of Pasteur’s famous dictum : Fortune favours the prepared mind

This post was originally published as “Tales of a Medicine Watcher: The Prepared Mind”. It is #8 in a series of blogs drawn from 50 years in medicine. Out of respect for the author, the spelling is not Americanized.)

John Weiner is a medical consultant in the diagnosis and treatment of allergic diseases and asthma. After completing his medical degree at the University of Melbourne, John obtained specialist qualifications in internal medicine (clinical immunology and allergy) and pathology (anatomical pathology). John is a Fellow of the Royal Australasian College of Physicians and the Royal College of Pathologists of Australia. For an earlier example of his work, read this account of his looking for allergies among American GIs stationed in Alice Springs.

This was the first of several chats I had with Dr. Peter K. Smith, whose "False Alarm … END_OF_DOCUMENT_TOKEN_TO_BE_REPLACED

This was the first of several chats I had with Dr. Peter K. Smith, whose "False Alarm … END_OF_DOCUMENT_TOKEN_TO_BE_REPLACED