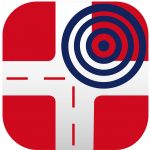 What Uber has done for the carless, AppiPen wants to do for the careless—that is food-anaphylaxis patients who forget to bring their Auvi-Q™ or EpiPen™ with them when they leave home and have an emergency. The brainchild of young American entrepreneur Jim Sweet, AppiPen will connect those who are not carrying with those that are within a practical radius.

This came to my attention via a personal message on the AsthmaAllergiesChildren Facebook group at 11 AM and within half an hour, I was on the phone with Sweet and his colleague Joe Friedman, although they were situated in Santiago, Chile. Both were inspired by experience with food allergies, either personal or in close friends, to fill this particular gap in access to epinephrine.

How they came to end up developing an app primarily for the US market in such a far-flung locale is a story to warm the heart of any global thinker. While living and working in the Washington, DC area, they applied for and received a grant from the Chilean government to come to Chile for several months to develop the app and also promote the US model of entrepreneurship. Anyone who remembers the modern political history of Chile, with its radical conversion to University of Chicago economics among other features, can’t help but be fascinated by this version of government intervention in the economy.

As described on the phone, great pains are being taken to protect the privacy of participants, the integrity of administration, and freedom from liability.

The person sounding the alert absolutely must be on record for being prescribed an epi injector, and in the circumstance someone is alerting on his behalf, they have ensured he is prescribed an epipen (covered in the terms of agreements). However, responders may not technically have a prescription they are carrying. For instance, many parents who aren’t technically prescribed an injector carry one in case their child has an attack. Also, off-duty EMTs or nurses may not be prescribed devices but have access and knowledge of how to administer one. For this reason, AppiPen terms of agreement in the registration section require that users confirm that they know how to administer epi, even if they are not prescribed a device of their own, and that they will not administer an expired pen.

The initial rollout will be in the Washington, DC, Northern Virginia, and Maryland area and will be compliant with the Good Samaritan laws of the region, and it will be offered free of charge. Later rollouts in other areas will be subject to the prevailing Good Samaritan and other laws.

* Note: this post has updated to reflect a correction about registration.

You've heard from a patient. Now you will hear from a doctor. Topical Steroid Withdrawal, … END_OF_DOCUMENT_TOKEN_TO_BE_REPLACED

By Paul Ehrlich, MD The title above is from an excellent article in The Atlantic by … END_OF_DOCUMENT_TOKEN_TO_BE_REPLACED

By Dr. Paul Ehrlich and Henry Ehrlich We were saddened to read that our co-author … END_OF_DOCUMENT_TOKEN_TO_BE_REPLACED