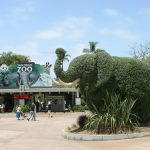 Three abstracts from AAAAI in San Diego by our contributors :

RATIONALE: In separate studies of two US farming populations of central European ancestry, we found marked differences in the prevalence of allergic sensitization between Indiana Amish and South Dakota Hutterite children (7% vs. 40%). Here, we directly compared the prevalence of allergic sensitization and exposure to major inhaled allergens in these children.

METHODS: 30 age- and sex-matched school children each were studied in Nov. (Amish) and Dec. (Hutterite) 2012. Serum IgE (ImmunoCap; Phadia) to mite, cat, cockroach, mold, mouse urine protein and epithelium, mixed tree, and mixed grass allergens were measured. Atopy was defined as IgE more than 3.5KU/L to more than 1 allergen. Eight allergens (3 mite, cat, dog, cockroach, rat, mouse) were measured by multiplex immunoassay in airborne dust sampled from electrostatic dust collectors one month after their placement in 10 homes from each population.

Conclusions: Differential exposure to common allergens per se does not explain the lower prevalence of allergic sensitization among Amish compared to Hutterite children. However, the combination of high mouse allergen exposure and lack of sensitization to these allergens may reflect a microbial environment that promotes protection from atopy among the Amish.

RATIONALE: To determine risk factors, severity, and treatment of food-induced allergic reactions in children in the outpatient setting from prospective data.

METHODS: Children with diagnosis of food allergy were followed over 24 months. 126 patients were contacted to document food exposures and reactions.

RESULTS: Thirty eight percent of patients reported an allergic reaction. The majority of reactions were caused by milk (39%), followed by peanut (16.3%), egg (8.2%) and tree nuts (6.1%). Exposure to milk (OR 40.4, CI 5.2-316.4, p<0.0001) or peanut (OR 7.3, CI 1.5-36.1, p50.014) was shown to be associated with increased odds of having a reaction. Furthermore, milk and peanut were linked to more severe reactions (44.4%). 83% of reactions were caused by ingestion. There was no difference in odds of having a reaction whether one took a tiny bite versus full serving. 33% of patients with more severe reactions had recently exercised. The amount and form of food had no association with severity of reaction. 4 out of the 48 reactions used epinephrine, and were all given by patient/parent, at the scene or at home.

CONCLUSIONS: Milk or peanut allergy is associated with increased odds of having an allergic reaction and caused more severe reactions. The amount and form of food was not associated with severity of reaction.

RATIONALE: Food Allergy Herbal Formula 2 (FAHF-2) prevents peanut-induced anaphylaxis in a murine peanut allergy model. Butanol extracted FAHF-2 named B-FAHF-2 is equally effective at only 20% of the FAHF-2 dose. We found previously that berberine isolated from these formulas inhibit IgE production and basophil activation. The aim of this study was to determine the pharmacokinetics of berberine.

RATIONALE: Food Allergy Herbal Formula 2 (FAHF-2) prevents peanut-induced anaphylaxis in a murine peanut allergy model. Butanol extracted FAHF-2 named B-FAHF-2 is equally effective at only 20% of the FAHF-2 dose. We found previously that berberine isolated from these formulas inhibit IgE production and basophil activation. The aim of this study was to determine the pharmacokinetics of berberine.

METHODS: Berberine standard and B-FAHF-2 were dissolved in acetonitrile and several concentrations were analyzed by liquid-chromatography-mass-spectrometry (LC-MS). Calibration curves were generated by plotting the chromatographic peak area as a function of berberine concentrations. C3H/HeJ mice were randomly separated into three groups and 12 mg of B-FAHF-2, 2mg of berberine, and water were orally administered. Blood samples were collected at several time points after feeding. In addition, the presence of berberine in sera from subjects in a controlled phase 1 FAHF-2 study was also analyzed. All serum samples were protein-precipitated with acetonitrile and berberine was detected by LC-MS.

RESULTS: The percentage of berberine present in B-FAHF-2 was calculated to be 9.161 + or -8%. Serum concentration-time curves of berberine were plotted. Tmax was determined to be 60 minutes and the Cmax was 172.5 + or- 27.6 ng/mL. Berberine alone was absorbed at a lower rate than was berberine in B-FAHF-2. Berberine was also detected in sera from patients receiving FAHF-2, but not placebo, in a phase I study

CONCLUSIONS: Berberine is a bioactive compound in B-FAHF-2 and other components composed in B-FAHF-2 many enhance berberine bio-availability.

Australian wildfires are a daily part of the news cycle. Astronauts in the international … END_OF_DOCUMENT_TOKEN_TO_BE_REPLACED

By Dr. Paul Ehrlich and Henry Ehrlich We were saddened to read that our co-author … END_OF_DOCUMENT_TOKEN_TO_BE_REPLACED