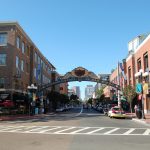 Rationale: Some schools are peanut-free or have peanut-free areas. The impact of these interventions on allergic reactions has not been evaluated.

Methods: Schools nurses were queried regarding peanut-free policies from 2006-2011. Rates of epinephrine administration were compared to schools’ policies.

You've heard from a patient. Now you will hear from a doctor. Topical Steroid Withdrawal, … END_OF_DOCUMENT_TOKEN_TO_BE_REPLACED

By Paul Ehrlich, MD The title above is from an excellent article in The Atlantic by … END_OF_DOCUMENT_TOKEN_TO_BE_REPLACED

By Dr. Paul Ehrlich and Henry Ehrlich We were saddened to read that our co-author … END_OF_DOCUMENT_TOKEN_TO_BE_REPLACED