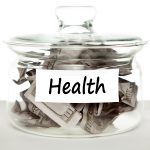 Things have been mostly quiet on the health insurance front in my practice for some time. Win some; lose some. But every so often the outright cheesiness of corporate behavior cries out for complaint.

Today’s episode concerns the mother of a two-and-a-half year old with food allergies. I demonstrated the two choices in injectable epinephrine, EpiPen and Auvi-Q. The child was too young to say “cool”, but mom wasn’t, and that’s what she wanted. “Cool” in this case is not a fashion declaration, it’s an emotional response to a product no one should ever have to use. It’s a way of saying, “I would feel more comfortable with that than with the alternative. It’s something I would more readily entrust to grandparents and caregivers when I can’t be with my child. It talks! I can drill them again and again in its proper use!”

Her insurance company rejected it. She could only have EpiPen or Twinject, but the latter hasn’t been on the market for years under that name. In fact, when both were available, I liked it better than EpiPen, but the monopolists copied the twin design and knocked the upstart out of the box. (I know there’s now a generic version called Adrenaclick.)

But this isn’t about Mylan, it’s about the insurance company. After they shot down the prescription, I called up to discuss it. Stonewalled at customer service, I got kicked up the ladder until I got to a “doctor” who told me, “Have your patient try the EpiPen, and if that doesn’t work, have the patient use the Twinject (same mistake). If that doesn’t work, we’ll approve the Auvi-Q.”

In other words, they will only pay for Auvi-Q if the patient—two and a half, to remind you—has two anaphylactic reactions and then ends up in the hospital both times, best-case scenario. I know that EpiPen is going to work, and “Twinject” for that matter. Efficacy is not the point. Both are proven mechanisms.

What we are talking about is the comfort level of a young mother in administering a life-saving drug. Whatever we can do to increase her comfort level in acting expeditiously to save that child’s life is a good thing.

This was the first of several chats I had with Dr. Peter K. Smith, whose "False Alarm … END_OF_DOCUMENT_TOKEN_TO_BE_REPLACED

This was the first of several chats I had with Dr. Peter K. Smith, whose "False Alarm … END_OF_DOCUMENT_TOKEN_TO_BE_REPLACED