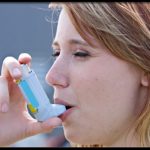 A few weeks ago two middle school students in the Denver area made headlines. An asthmatic girl who carries an inhaler thought her friend was having an asthma attack. She offered the inhaler to the friend who took two puffs and went to the nurse. The nurse notified the school’s principal, who promptly notified both sets of parents that the students were being suspended and that the case was being reviewed for possible expulsion. After a two-week suspension, the student who lent the inhaler was allowed back and the student that took the inhaler was expelled. The school is basing this punisment on a zero-tolerance drug policy, which they claim had been violated.

There are several important questions raised by the incident. Should asthma inhalers be shared? When and where should medications be administered in schools? What are the boundaries of a zero-tolerance policy?

When I first heard about this situation I was horrifed to think that a student could be punished for potentially saving another life. Certainly exceptions could be made to the zero-tolerance policy. However, every situation is unique, and there was more to the story in this example. It seems that the girl having the asthma attack had never had a doctor diagnose her with asthma. In addition, according to press reports the reason she went to the nurse was not due to the potential asthma attack, but due to an allergic reaction to the inhaler. So the reality is that one student made a medical diagnosis and administered prescription medication on the spot with no guidance from a medical professional, or even an adult. This is a potentially very dangerous set of events. If the student having the attack had an official diagnosis of asthma and simply forgotten her medicine, and both had a valid, current prescription for the same inhaler–different set of circumstances and different discussion.

Schools districts across the United States set their own rules about medications in school. There are different rules on where and who is permitted to administer prescription and non-prescription drugs. New York City requires a Medical Administration Form, completed by the student’s doctor with detailed instructions on how and when to administer medication.

Without this form, no medication can be given in school. A child having an asthma attack or other medical emergency would be sent to the closest emergency room. Most nurses recomend keeping asthma inhalers in the nurse’s office to prevent abuse or misuse. In New York City, a child may not bring medicine to the classroom and the sharing of any medicine is absolutely forbidden. Other school districts allow medicines in the classroom under different conditions, such as the age of the child. Every parent and child must fully understand the policy and procedures of their school.

Proper education upfront might have prevented this situation from happening in the first place. Certainly any set of medical procedures is likely to be one of those things that goes in one ear and out the other like safety instructions on an airplane, but a child who has permission to use an inhaler should know better than, say, her classmate who never worried about this before. Are there scenarios where sharing an inhaler is appropriate? Definitely. However, in this case, it was a careless action that might have had severe consequences. Despite the best intentions, some punishment was warranted to teach them and the greater school community that sharing prescription medication is not allowed. The message must be sent that medical treatment is very serious and the responsibility of medical professionals only.

That said, expulsion seems unnecessarily harsh. Both students acted with the best of intentions. Albuterol is dangerous only in extreme cases. Expulsion should be reserved for malicious behavior, lawbreaking, or recklessness that causes serious damage to others. This wasn’t a crack pipe. They shouldn’t expel this girl, they should get her to a doctor.

You've heard from a patient. Now you will hear from a doctor. Topical Steroid Withdrawal, … END_OF_DOCUMENT_TOKEN_TO_BE_REPLACED

By Paul Ehrlich, MD The title above is from an excellent article in The Atlantic by … END_OF_DOCUMENT_TOKEN_TO_BE_REPLACED

By Dr. Paul Ehrlich and Henry Ehrlich We were saddened to read that our co-author … END_OF_DOCUMENT_TOKEN_TO_BE_REPLACED