I read through the documentation from the phone call in disbelief. The mother of one of my food allergy patients had called and spoken to my nurse the night before. She was panicking after a call from her 3-year-old milk-allergic son’s daycare. He had accidentally eaten a piece of cheese and immediately developed red, itchy hives on his body, then threw up twice. They had injectable epinephrine at the school but were afraid to use it. Mom raced to the school and immediately put him in the car to drive to the nearest emergency room, located 30 minutes away! That’s right—she didn’t inject him either! 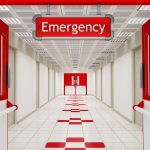 The frantic call came en route while driving her son who was experiencing anaphylaxis from known food ingestion, to an emergency room. Our nurse directed her to pull over immediately, call 911 and request an Emergency Medical Service team that had injectable epinephrine in their ambulance. She did, EMS arrived, and they still did not administer epinephrine. Their reasoning? Well, by that point, the vomiting had stopped and he didn’t have any breathing difficulty, although he was still covered in hives.

Long story short: he was transported to the emergency department and did fine. I spoke with mom the next day and she was in tears, knowing that she had the understanding and ability to administer epinephrine and make her son feel better almost immediately. So why didn’t she? Like so many others, she was afraid of the unknown. No one in the family had ever administered epinephrine before. Her mind went through a familiar cascade of doubt: she was afraid of the needle, what the medicine might do to her son, and just couldn’t bring herself to give him the injection she had been instructed to do.

This is an extreme example of a very common story. Many published studies have documented the lack of use of self-injectable epinephrine by adults and children experiencing anaphylaxis. Recent studies have also highlighted knowledge deficits from physicians in recognizing anaphylaxis and indications for using epinephrine. The example with my own patient made me really start to think about where these gaps exist and what I can do better to get them past that paralysis.

Every patient with food allergies should be prescribed self-injectable epinephrine and have it available at all times. People with food allergies can experience immediate-onset, even life-threatening or fatal reactions, with ingestion of even very small amounts of their allergen. Treatment relies on strict avoidance of their foods but accidents happen, particularly in the school setting.

Epinephrine, also known as adrenaline, is a chemical that we all have inside our bodies. This is what gets ramped up during our ‘fight or flight’ response and helps our bodies increase energy and strength by increasing blood flow to vital organs through increased heart rate and blood pressure. When used for treatment of a severe allergic reaction, epinephrine effectively reverses the symptoms in all organ systems, including hives and swelling (skin), vomiting (gastrointestinal), wheezing (respiratory), and loss of consciousness (blood vessels). Almost every case of fatal anaphylaxis is hallmarked by delayed, or lack of, administration of epinephrine.

Side effects of epinephrine are negligible when administered intramuscularly in the doses included in an autoinjector. However, many people, physicians included, mistake autoinjectors with that of more powerful epinephrine administered intravenously, which can cause significant side effects and potential harm. This is, quite simply, a common misconception not founded by evidence.

So where does the disconnect occur? For one, not every person with life-threatening food allergy receives the proper diagnosis or prescription for an auto-injector. They may never think to follow up with a physician after a reaction in the first place after symptoms subside. Unfortunately, in the event that they do follow up, some physicians may lack the understanding to properly diagnosis food allergies or recognize risk of future reaction.

Even when a physician prescribes the device, he may not provide the proper education regarding indications and use. A recent study in the State of Texas showed that a majority of patients used the injectors incorrectly! It’s not enough to merely tell patients to pick up epinephrine at the pharmacy and hand them a brochure. They need to a thorough understanding of avoidance, the risks of cross contamination, the signs and symptoms of anaphylaxis, exactly when and how to use epinephrine. There are currently 3 different auto-injectors on market, and all have significant differences. Patients should be able to point to the target area on the thigh and drill to simulate the motion and pressure involved.

Like pilots, they need to keep up their mental skills as well as their physical ones. They often become complacent and comfortable that they can merely avoid their food. Many people also tend to be cavalier about the dangers of cross contamination, while properly trained families do much better.

Autoinjectors expire within about 12 months and need to be replaced. The cost is not nominal, exceeding $100 per autoinjector even with insurance, depending on the plans, and without a prescription much more. I’ve had many patients tell me that they either cannot afford it, or choose not to pay for a prescription that they have never had to use. Thankfully, the manufacturers recognize this and have patient assistance programs in place for those in need. But this entails having them recognize the need and for the medical provider to ask about availability in the first place.

Apart from that there are all the complications of mass manufacturing and marketing a fairly delicate, time-sensitive product. From manufacturer to distributor to pharmacist, no one wants to get stuck holding inventory they cannot sell, and will offload their products on customers who don’t inspect the sell-by dates carefully.

So what happened with my patient? Where did I go wrong? I’ve known them for over two years and we have reviewed all of the important information many times, including practice with a training device. It never dawned on me that our 30-minute visit every 6 months or once a year might not actually prepare them for real life. For people who have experienced anaphylaxis, they understand how rapid and severe symptoms can become. But for others who have not experienced anaphylaxis but are still at risk for future reactions, Even the best training remains an abstraction.

During our follow up conversation/debriefing, I asked my patient’s mother “How could I have prepared you any better?” She replied by saying that there is nothing I could have done to prepare her for the panic and fear of that moment. Then she told me that now, with this vivid image forever locked into her memory, that she will know exactly what to do if this ever happens again.

Still, the caregivers, whether day care workers or parents, are only part of the problem. What about those EMS personnel? What about the emergency rooms, where the doctors operate by a different set of protocols and define anaphylaxis differently?

While much food-allergy treatment relies on self-management, medical personnel are a vital part of anaphylaxis treatment, and they often underperform as well. EMS teams may not even have autoinjectors with them at the time of initial response. Even when they do, they are subject to the same misconceptions about anaphylaxis as our patients and may administer less effective, potentially harmful antihistamines in place of epinephrine. In addition, there are many examples of EMS personnel declining to transport to the nearest emergency room someone who has already administered epinephrine. This highlights another huge misconception about emergency room management, which is recommended every time injectable epinephrine is used. The point of these visits in not due to any dangers of epinephrine, but to monitor any return of symptoms, which occur in up to 20% of patients according to some studies.

Personal experience and published reports both indicate that emergency room doctors underuse epinephrine as well. They define anaphylaxis differently than allergists do, have similar unfounded concerns about side effects from epinephrine to many patents, and rely excessively on antihistamines and corticosteroids. Fortunately, in late 2014 new guidelines were published specifically for emergency room physicians to help bridge this gap, but there’s bound to be a delay in implementing them. According to the new guidelines, there is virtually no reason not to use epinephrine on a patient believed to be suffering a severe allergic reaction.

As you can see, underuse of epinephrine is a challenge at many levels and involves patients, primary care providers, emergency responders, and emergency room physicians. The job of educating them all is far from over.

You've heard from a patient. Now you will hear from a doctor. Topical Steroid Withdrawal, … END_OF_DOCUMENT_TOKEN_TO_BE_REPLACED

By Paul Ehrlich, MD The title above is from an excellent article in The Atlantic by … END_OF_DOCUMENT_TOKEN_TO_BE_REPLACED

By Dr. Paul Ehrlich and Henry Ehrlich We were saddened to read that our co-author … END_OF_DOCUMENT_TOKEN_TO_BE_REPLACED