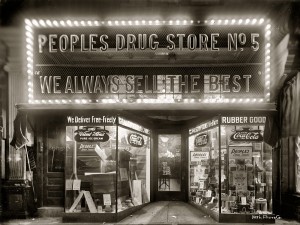 By coincidence, just at the moment when the Supreme Court is hearing arguments about health care reform, the Journal of the American Medical Association has published a study showing that when co-payments for asthma control drugs go up, parents fill fewer prescription for their children, with a commensurate rise in emergency care and hospitalizations. Dr. Anupam Jena, one of the study researchers from Massachusetts General Hospital and Harvard Medical School in Boston, told Reuters, “By lowering medication prices, we may be able to increase adherence somewhat, and we may be able to reduce hospitalizations somewhat.”

The Reuters account said, “For asthmatic kids age five to 18, higher medication costs were tied to slightly fewer filled prescriptions — and slightly more asthma-related hospitalizations. In the year after kids started taking asthma medications, families with the highest co-pays filled enough prescriptions to cover treatment for about 40 percent of days, compared to close to 42 percent of days among those with the lowest co-pays. And 2.4 percent of kids in the expensive out-of-pocket group were hospitalized that year, compared to 1.7 percent in the cheaper medication group.”

More prescriptions were filled for the youngest patients.

Compliance rates are low in general, and a difference in co-payments is only one reason. Cost doesn’t explain human behavior and health. If it did, $11 packs of cigarettes would put an end to the smoking epidemic once and for all. Cost is certainly a factor with asthma medication, but even the most affluent families are often remiss in filling and re-filling prescriptions.

When doctors cannot control treatment, they should stop treating patients, and for their part, patients should stop paying their premiums when they do not receive benefits. True treatment for asthma involves far more than just prescriptions and pays for itself in reduced emergency care and hospitalization. Each dollar saved on unfilled prescriptions merely shifts costs elsewhere, usually at much higher prices.

You've heard from a patient. Now you will hear from a doctor. Topical Steroid Withdrawal, … END_OF_DOCUMENT_TOKEN_TO_BE_REPLACED

By Paul Ehrlich, MD The title above is from an excellent article in The Atlantic by … END_OF_DOCUMENT_TOKEN_TO_BE_REPLACED

By Dr. Paul Ehrlich and Henry Ehrlich We were saddened to read that our co-author … END_OF_DOCUMENT_TOKEN_TO_BE_REPLACED