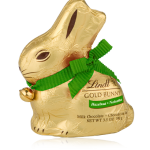 A mom wondered what was up when her peanut-allergic child whose specific IgE to hazelnut had shown a level of 2 in a blood test ate a hazel nut-laced chocolate at Easter with no reaction. She then began to feed her Nutella to see if there was continuing tolerance and kept it up over the weeks since the holiday. Again, no reaction. In the interim, specific IgE tests were done and the count went from 2 to 64. A component test, which measures allergies to specific proteins associated with different kinds of reactions, had not been performed, but the sharp rise in IgE was alarming. Families swear off foods altogether on much lower numbers than that.

I did what I always do when I start to wander past the limits of amateur curiosity–I called my cousin, Dr. Paul Ehrlich, and described the situation. He says the hazelnut-Nutella scenario is one of the most common food allergy dilemmas that crops up in his practice.

I went to the Thermo Fisher Scientific website for some clarity. Thermo makes both kinds of tests—those that measure IgE as a whole and those that measure components. Sure enough, hazelnuts have two “storage” proteins—Cor a 9 and Cor a 14 that are “associated with severe reactions.” Both are stable to heat and digestion. Another “lipid transfer protein”, Cor a 8, is associated with both severe and local reactions, and is also stable to heat and digestion.

The kicker was something called Cor a 1, aka, PR-10, which is more akin to birch pollen, usually resulting in local reactions, not systemic ones. It is heat and digestion labile, which means that it may cause a reaction in the mouth but by the time it reaches the stomach it has been broken down by so many enzymes and acids that it is unlikely to survive long enough to be absorbed into the bloodstream like more rugged #s 9, 14, and 8. In peanut components, the same dilemma presents itself with Arah8. To make matters more confusing, it is also possible that the spike in IgE had more to do with the fact that Easter coincides with the onset of pollen season.

That’s when I reached out to Joe Jones, who is known to my social media network as “my man at Thermo Fisher Scientific.” Could it be, I asked, that Cor a 1 doesn’t survive Nutellazation, but is somehow enough to register when testing hazelnut IgE without producing a clinical reaction? Affirmative. In fact, he said, “Seven years ago the tests were ‘spiked’ with recombinant PR-10 protein to improve the performance of the test because these labile components are sometimes underrepresented or destroyed during the purification process.” I had heard about this problem not long ago in a talk by Robert G. Hamilton, PhD, of Johns Hopkins. The challenge when you add these proteins back into the IgE assay is to establish when it stops being a hazelnut or a peanut test and starts being a birch pollen test, producing better-safe-than-sorry dietary restrictions.

In a follow-up phone call, Joe took me back in time to when the recombinant compromise was developed. Hazelnut IgE tests were producing “false negatives.” The tests were showing nothing, while skin tests were positive and there were clearly clinical reactions when patients were consuming the nuts and even Nutella. That was when the test extracts were analyzed. Voila, PR-10 was underrepresented or missing.

Then there’s the challenge of keeping doctors current with new developments. This point was made by Hamilton, along with Drs. Scott Sicherer, Robert Wood, and others in a 2008* letter to the Journal of Allergy and Clinical Immunology, which Joe also shared with me. They took Phadia (now Thermo Fisher) to task on this point: “[W]e currently rely primarily on the available literature and clinical experience to estimate risks on the basis of test results. Our observation presents a warning that alteration in reagents, especially unannounced and unanticipated, can confound our diagnostic procedures for hazelnut sensitivity.”

Seven years later, Joe observes, “As the test manufacturer, we issue regular bulletins to reference laboratory customers regarding updates and enhancements to our assays, so it’s important for users to keep updated. Older allergists were trained on skin prick tests. They now have new tools, but they adopt them unevenly.” Ongoing training and continuous communication is important because as allergy diagnostics evolve so does the need for clinicians to keep current. By their nature, most allergy tests are approximations. “Bigger wheals and higher numbers make a diagnosis more probable, but nothing is absolute. It’s important to remember that tests are tools and are not diagnostic without clinical experience and judgment. Rather a positive test with a history of symptoms is needed to form an accurate diagnosis of hazelnut allergy. Which brings me back to the case above: why was testing performed on a patient without symptoms to hazelnut? Does a number of 64 matter any more than a 2 in a patient without symptoms? Sometimes it’s just easier to avoid the food altogether, but quality of life suffers.” In this, Joe knows what he’s talking about. He is the father of food-allergic children.

(Full disclosure: except for books, just about the only compensation I have ever had from the allergy business was as a contributor to a ThermoFisher blog. Fuller disclosure: I would happily take more money from them if I ever have the chance but that is no my barrier to covering their meritorious diagnostics business.—Henry Ehrlich)

You've heard from a patient. Now you will hear from a doctor. Topical Steroid Withdrawal, … END_OF_DOCUMENT_TOKEN_TO_BE_REPLACED

By Paul Ehrlich, MD The title above is from an excellent article in The Atlantic by … END_OF_DOCUMENT_TOKEN_TO_BE_REPLACED

By Dr. Paul Ehrlich and Henry Ehrlich We were saddened to read that our co-author … END_OF_DOCUMENT_TOKEN_TO_BE_REPLACED