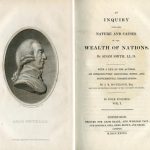 Mylan today announced that it will offer a generic version of the EpiPen. It will be available in a matter of weeks and identical to the brand name version, but at a consumer cost of only three times the 2007 product instead of six times. Company stock is up 2.5% in early trading. Some version of previous pricing and discounting for the original will remain in place. Both will be manufactured by Pfizer. This is a familiar dynamic for anyone who shops. Best Yet Spicy Brown Mustard, the store brand around the corner from me, is identical in every way to Guilden’s except for the name on the label.

Avarice has done for Mylan what competition could not. Reputation risk can occasionally be as potent as the marketplace.

Why was Mylan able to compete against itself so quickly? You can bet these plans have been in the works for some time. After all, they didn’t know for sure that Auvi-Q would have manufacturing problems (although some in the food allergy community believe otherwise). They couldn’t know for certain that Teva’s generic would get hung up by the FDA (unless…..). Regardless of whether you believe conspiracy theories or not it’s safe to say that any organization savvy enough to build a brand as potent as EpiPen had a contingency to combat something as mundane as pricing competition. They are both lucky and smart.

So what’s a patient or parent to do? Do you buy the store brand, or wait for a coupon for the brand name? What does your doctor do? The New York Times coverage suggests that Mylan is counting on the stupidity of physicians for a certain amount of profit. “The term EpiPen is 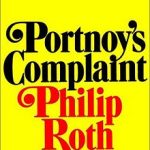 so familiar that many doctors write prescriptions for it rather than for a generic epinephrine auto-injector. Pharmacists in many states will be able to substitute the generic version but in some cases they may not, leaving Mylan with higher revenue than if it had cut the price across the board.”

When a dominant company competes against itself, the invisible hand is not that of Adam Smith, but that of Alexander Portnoy, as economist Robert J. Samuelson said in a different context. Mylan still has a firm grip on the market.

You've heard from a patient. Now you will hear from a doctor. Topical Steroid Withdrawal, … END_OF_DOCUMENT_TOKEN_TO_BE_REPLACED

By Paul Ehrlich, MD The title above is from an excellent article in The Atlantic by … END_OF_DOCUMENT_TOKEN_TO_BE_REPLACED

By Dr. Paul Ehrlich and Henry Ehrlich We were saddened to read that our co-author … END_OF_DOCUMENT_TOKEN_TO_BE_REPLACED