The new Nobel Prize for medicine and physiology was given to three researchers who found drugs to treat parasite-borne diseases. Of particular interest was Dr. Tu Youyou who not only was the first Chinese Nobel laureate for medicine, but also the leader of a team that was first to derive a drug from the ancient pharmacopeia of Chinese herbal medicine, this one as a treatment for malaria, which infects people via mosquito bites. Dr. Tu’s discovery is called artemisinin (qinghaosu). Malaria infection begins when plasmodium parasites enter the blood, travel to the liver, multiply, and rupture their host cells. They infect red blood cells, multiply, and spawn new parasites called merozoites, which then rupture those cells. Each wave of new merozoites is accompanied by fever.

The story of malaria is the story of modern global history. As many of us were taught in middle school, malaria was a major hazard to American workers building the Panama Canal. British colonialists responded to the disease by ingeniously combining the medicinal compound known as “gin” with the quinine-based malaria treatment known as “tonic.” Malaria has personal resonance for me because my father came back from the Pacific at the end of World War II with a permanent tremor from a bout of the disease. American global ambitions were so jeopardized by the threat that the military spent many millions of dollars over many years looking for a cure, as recounted in a new book, The Malaria Project. An insecticide, DDT, was very effective at wiping out mosquitos, but it also had environmental consequences, as recounted in Rachel Carson’s Silent Spring, whose publication is widely considered the dawn of the environmental movement.

Briefly, Dr. Tu finished her pharmacy training in 1955 and went to work. She spent 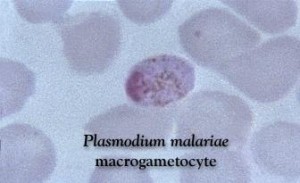 1959 to 1962 studying Chinese medicine in a course designed for professionals with backgrounds in Western medicine at the China Academy of Chinese Medicine Sciences in Beijing. It re-emerged as a Chinese priority in 1967, when, according to the New York Times, it was wreaking havoc on their allies in North Vietnam because it had become resistant to quinine. The Chinese government created a major initiative and Dr. Tu was named head of a research group. They started investigating potential antimalarial activities in Chinese herbs—more than 2,000 Chinese herb preparations and identified 640 hits that had possible antimalarial activities. As Dr. Tu wrote in the prestigious journal Nature Medicine in 2011, “The turning point came when an Artemisia annua L. [sweet wormwood] extract showed a promising degree of inhibition against parasite growth.” Their work had its setbacks, but on October 4, 1971 they arrived at “a nontoxic, neutral extract that was 100% effective against parasitemia in mice infected with Plasmodium berghei and in monkeys infected with Plasmodium cynomolgi.” This finding represented the breakthrough in the discovery of what became the drug artemisin, which was first used by itself effectively but after resistance developed is usually used adjunctively with other drugs.

Given my own interest-in the potential for Chinese herbal medicine for treating allergic disease, I turned to our website contributor, Dr. Xiu-Min Li, Professor of Pediatric Allergy and Immunology, Icahn School of Medicine at Mount Sinai to get her perspective on this Nobel Prize. Dr. Li also studied at the China Academy of Chinese Medicine Sciences in Beijing, where Dr. Tu had gone decades earlier.

(Full disclosure, I have written a book about Dr. Li and we have collaborated on a new book, which is now on sale. I also provide her with communications advice and editorial services.) –Henry Ehrlich

AAC: Dr. Li, thanks for spending this time with our readers. You have told me that when you were a “barefoot doctor” in your teenage years just a few years after Dr. Tu’s discovery you spent most of your time treating parasitic diseases. Was malaria one of these and what did you use to treat it?

Dr. Li: My pleasure. At that time, there were no doctors in the villages so the government recruited what they called “young intellectuals” interested in public service. They wanted to help farmers. After brief training they sent us to work. We used several types of drugs but not this one. The most important time was in the summer to prevent malaria. But as you know people do not always follow their prescriptions. We would carry water and other medicine to the fields where healthy farmers took them—those who were sick could not work. Protecting them was hard. In warm weather the residents liked to eat outside at night where they would get bitten by mosquitos, so we gave them an herb that they could burn to keep the mosquitos away.

AAC: I was interested in the fact that Dr. Tu went back to school for TCM after doing conventional pharmacology. This was in response to a perceived medical emergency. When you were doing your medical training, you studied both. How common was this dual career path at that time? How common is it now?

Dr. Li: In Dr. Tu’s era, it became government policy to train both scientists and practicing physicians in TCM. After the Cultural Revolution when I trained, the curriculum was standardized to mix medical training with a graduate fellowship but there was usually an emphasis on one. I had one mentor in pediatrics and one in TCM, both very senior and well-known. My TCM mentor taught me to diagnose and treat pulmonary and digestive disorders, which is important for treating asthma and food allergies. The Western training also taught me to do both clinical and basic research (clinical trials and botanical chemistry) as well as day-to-day patient care.

AAC: Dr. Tu wrote that when she was doing her work there were no resources for doing clinical trials, so she and her colleagues infected themselves to test the drug.* How much had changed by the time you did your medical training? Did the clinical trial model take hold?

Dr. Li: The Chinese system became more regulated but was not yet as stringent as in the West. Hospitals had committees to approve use of medicines, including herbal medicines. Now each province of China has its own FDA under a central government one. They endorse certain classical herbal formulas, which can then be used by any doctor. The standards are more stringent now. I have worked with my former fellows to do clinical trials on asthma treatment in Chinese hospitals that meet US standards, too. Today, conventional medical schools in China also have to teach TCM, although the programs vary in emphasis.

AAC: I was interested to see that this research began with existing data on thousands of herbal preparations indicating hundreds of antimalarial properties. I know that you maintain data on a similar scale, which has helped you find paths to treatment for a number of diseases, especially food allergies, and that fellows have used the database for other problems. How much of this kind of exploration is going on around the world? Are you opening your data to other researchers or advising scientists in other countries?

AAC: Some have criticized this prize. The Nobel Committee went out of its way to say this was not an award for TCM. You do your work on TCM under Western standards and protocols. Do you feel that your colleagues in China are catching up?

Dr. Li: I think this prize should have been given a long time ago, when it was starting to change the way malaria was treated. It was a special case and it saved lives.

All TCM comes from essentially from one book, which has been written over many centuries. Western scientists, including the Nobel Committee, don’t have to endorse everything in it. TCM gives us places to start. My treatment for eczema comes from the Tang Dynasty (618-906) when there were many wars so they learned to treat open wounds and burns. We need to study these things, test them, and refine them. Western science allows us to do this. Regulation gives us standards of proof. But those Tang Dynasty doctors got results.

AAC: Do you feel that your colleagues in China are catching up?

AAC: Finally, how proud are you of this award, and do you feel it will give new impetus to study of Chinese medicine around the world?

Dr. Li: Very proud and excited. But other countries can’t just study TCM. Doing research requires not just data or equipment but people. There aren’t that many people who know both TCM and the science, so we welcome their scientists to work in our lab and take what they learn home. We can then collaborate. Dr. Tu said at the end of her article in Nature,  “It is my dream that Chinese medicine will help us conquer life-threatening diseases worldwide, and that people across the globe will enjoy its benefits for health promotion.”

That is one of my dreams, too.

This was the first of several chats I had with Dr. Peter K. Smith, whose "False Alarm … END_OF_DOCUMENT_TOKEN_TO_BE_REPLACED

This was the first of several chats I had with Dr. Peter K. Smith, whose "False Alarm … END_OF_DOCUMENT_TOKEN_TO_BE_REPLACED