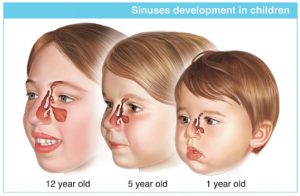 Every part of the body that confronts the environment—skin, digestive tract, and airways—is well fortified with immune cells, as well as mucosa in the gut and airways. Until fairly recently, microbes have been the silent partners in immune health.

We have paid a good deal of attention on this website to the gut microbiome. Specifically, we have covered the thesis that overuse of antibiotics has killed good bacteria as well as bad ones, possibly contributing to a variety of modern epidemics in addition to food allergies. However, just as food allergies are not the only allergies in town, so the microbiome of the gut is not the only microbiome in the body. As we wrote in our coverage of a talk by a pediatric dermatologist, anti-bacterial soaps and hand sanitizers also kill healthy microbes on the skin. The microbe-rich environment of farm life is central to the farm effect and the hygiene hypothesis, which posit that farm kids grow up with fewer allergies than city kids. What if bacteria in the nose also play a role in the development of long-term immune health? The first step would be finding out what’s there.

A new article “Dynamics of the nasal microbiota in infancy: A prospective cohort study” by Swiss researchers in the Journal of Allergy and Clinical Immunology has now picked (pun intended) a new body part for scrutinizing the microbiome. Mothers were recruited through maternity hospitals and obstetricians and 48 healthy infants were followed for the first year of life through biweekly nasal swabs provided by the mothers. In all, 1068 nasal swabs were collected. After exclusion of low-quality swabs and those obtained during respiratory tract infection or antibiotic therapy, 872 were studied. The numbers of bacteria fluctuated over time and varied with the seasons.

The study concentrated on a narrow sample of children. Ethnic and geographic diversity, among other measures, were not represented. This concentration establishes a baseline for healthy nasal microbiota. It is, after all, a prospective study, which provides a sample population for ongoing research on the development of allergies and asthma and maybe other conditions. Deviations from this baseline may some day be correlated with different levels of allergic disease.

It will probably be a long time before any of this translates into therapy. The gut microbiome has yielded some therapeutic candidates. Probiotics have their fans, although there’s no guarantee that any of the limited strains now available are picking up the slack from the thousands of microbes that have been destroyed by antibiotics. Restoring a healthy mix of microbes to the gut through fecal transplantation has attracted plenty of attention in spite of the ick factor, but I’m doubtful that the nasal equivalent will be found any time soon.

This was the first of several chats I had with Dr. Peter K. Smith, whose "False Alarm … END_OF_DOCUMENT_TOKEN_TO_BE_REPLACED

This was the first of several chats I had with Dr. Peter K. Smith, whose "False Alarm … END_OF_DOCUMENT_TOKEN_TO_BE_REPLACED