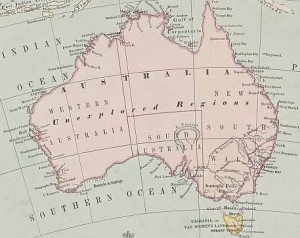 A recent news article caught my eye on a new FDA proposal to make certain drugs available at the discretion of a pharmacist rather than requiring a physician’s prescription.  At a meeting of the American Medical Association, doctors expressed concern.

Janelle Derbis, of the FDA’s Office of Special Health Issues, said, “FDA is not proposing to change who can prescribe and or dispense prescription drugs…Rather, the FDA is proposing to explore a flexibility in allowing certain OTC products to be dispensed with conditions of safe use.”

Derbis used albuterol as an example of how the plan might work. Currently, asthma patients who have no re-fills for their prescription, or have lost their inhalers, must go to the emergency room for an asthma attack when their doctors are unavailable. If albuterol inhalers were reclassified so that they could be dispensed over the counter, patients could instead go to a pharmacy.

I wrote to our friend and contributor Dr. John Weiner, an allergist in Melbourne, Australia, where a drug regime like that proposed by the FDA is already in use.  He responded:

For our purposes, there are 3 relevant drug groups.

S3: pharmacist must be involved in sale of emergency allergy and asthma medications, e.g. EpiPen, Anapen, Ventolin and all other salbutamol (albuterol) brands, as well as things like 50G hydrocortisone 1% topical. Note with EpiPen that cost might be around $120, but with so-called authority script from specialist or ED, later continued by GP, cost is fixed to $35, or $5 if you have some sort of pension card. By the way, we can still write a script for an S3 item if we wish.

S4: require a doctor’s script. All essential drugs are subsidized by Pharmaceutical Benefits Scheme, which cost $35/$5 per month per drug as above.  These include Seretide, Symbicort, higher-strength topical corticosteroids for skin. Some S4 items are not subsidized e.g. Omnaris, Nasonex, high strength Rhinocort (64mcg) and prices are not fixed but vary according to local market forces but these are usually $25 to $40 per month. With subsidized drugs, there is also a safety net so that after a family spends more than $1300 per year, the cost of each drug for remainder of that year falls to $5 per month. The safety net does not apply to non-subsidized drugs.

The system works well. There is always a bit of to and fro when a drug changes its schedule to make it more readily available. Currently there is debate about statins going to S3.

Thank you, Dr. Weiner. We have lots to learn from our friends around the world.

Reading the scheme the doctor described, it is clear that the Australian system distinguishes between “rescue” medication and “control” medication in giving pharmacists discretion.  For exacerbations, the emergency rooms are spared a bit of traffic and expense, and the patients save a bit of time (and expense).  For control, doctors are, and should be, in charge.

(To learn more about how Australia classifies medicines–and poisons–click here.)

You've heard from a patient. Now you will hear from a doctor. Topical Steroid Withdrawal, … END_OF_DOCUMENT_TOKEN_TO_BE_REPLACED

By Paul Ehrlich, MD The title above is from an excellent article in The Atlantic by … END_OF_DOCUMENT_TOKEN_TO_BE_REPLACED

By Dr. Paul Ehrlich and Henry Ehrlich We were saddened to read that our co-author … END_OF_DOCUMENT_TOKEN_TO_BE_REPLACED