On May 8, I had the privilege of going to the nation’s capital to take part in an event sponsored by the Allergy & Asthma Network, which was founded by Nancy Sander with the help of Dr. Paul Ehrlich in 1985. The current CEO is Tonya Winders, and she is a dynamo.

The two-day event consisted of half a day of blogger conference followed by a full day of our visiting visiting the offices of our Representatives and Senators to lobby on behalf of several pieces of legislation now before Congress. We were advocating for access to care, affordability, epinephrine in schools and on planes, expansion of allergen warning labels to include sesame, and other topics.

One of the most impressive elements of the program was the emphasis on health care disparities. During a lunchtime session in the Capitol building between morning and afternoon lobbying, Dr. Randall Brown of the University of Michigan spoke to us about the gaps in care and disease levels by class and race. Bruce Bender, PhD, of National Jewish Health in Denver spoke about asthma among Native Americans, specifically his work on Navajo reservations. An Oklahoma mother underscored Dr. Bender’s point by speaking about the death of her teenage son by suicide after treatment for asthma with montelukast. The reservation doctor persisted with this treatment in spite of complaints about the boy’s mood disorders associated with its use; more conscientious physician would likely have put him on inhaled corticosteroids. Bradley Chipps, MD, president of the American College of Allergy, Asthma & Immunology gave an overview of the state of allergy and asthma in the US. 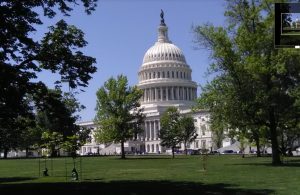 The New York group of which I was part included an allergist and a ten-year old boy who recently experienced his first episode of anaphylaxis on a flight from Aruba. The airliner didn’t have any epinephrine aboard, but he was rescued when two passengers came forward with their own auto-injectors. One failed but the other did the trick.

In the morning, we visited the offices of Senators Kirsten Gillibrand and Charles Schumer where we met with aides. (The offices were so busy that we had to meet in the hallways.) In the afternoon we stopped at the office of Rep. Jerrold Nadler—we knew we wouldn’t be speaking with him because as we entered the CSPAN monitor revealed he was speaking on the floor of the House. Our last appointment was at the office of my own Congresswoman, the Honorable Yvette Clarke, where we spoke with a young aide who had both asthma and a shellfish allergy, but when he confessed to not carrying an auto-injector at that moment, he was hit from all sides. He said that he would not make that mistake again.

You've heard from a patient. Now you will hear from a doctor. Topical Steroid Withdrawal, … END_OF_DOCUMENT_TOKEN_TO_BE_REPLACED

By Paul Ehrlich, MD The title above is from an excellent article in The Atlantic by … END_OF_DOCUMENT_TOKEN_TO_BE_REPLACED

By Dr. Paul Ehrlich and Henry Ehrlich We were saddened to read that our co-author … END_OF_DOCUMENT_TOKEN_TO_BE_REPLACED