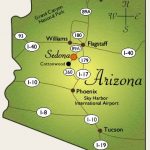 For the past several months, we have been taking part in a Facebook discussion with the Arizona Food Allergy Alliance (AFAA), run by Lisa Horne.  This has been a remarkably productive and mutually beneficial give-and-take.  We have given them ideas and information; they have given us a close look at how parents grapple with the issues at hand.

It gives me great satisfaction to post the current Guest Editorial by Lisa, who was a journalist among other things prior to becoming a food allergy Mom and all-around dynamo.  I find it remarkable that the process of drafting State Bill 1278 and bringing it to a public hearing took only three weeks.  Despite the negative outcome, this strikes me as an example of a state functioning as a laboratory of democracy, in Justice Louis Brandeis’s terms, rather than, as so often seems the case, a lavatory.

In reading Lisa’s account, I have the following thoughts:  First of all, it looks as though even the negative votes on the committee have at least some personal acquaintance with some of the issues, unlike politicians in other venues who think food allergies are all in the minds of anxious parents.  I think this provides grounds for persuasion.

As for the requirements in the bill, the way I read SB 1278, all it asks is that restaurants be considerate and informed.  While the EpiPen is indeed the failsafe tool for people with food allergies, as one of the naysayers points out, if I were a restaurateur I would want to do everything I could for my customers’ safety.  I wouldn’t want to be in the position of telling other diners “it’s their fault” after a child vomits, chokes, gets jabbed with Epi, and is taken away in an ambulance after taking a bite of food from my kitchen.

Kelly Barta, who has previously appeared on this website, is a survivor of topical steroid … END_OF_DOCUMENT_TOKEN_TO_BE_REPLACED

By Paul Ehrlich, MD The title above is from an excellent article in The Atlantic by … END_OF_DOCUMENT_TOKEN_TO_BE_REPLACED

By Dr. Paul Ehrlich and Henry Ehrlich We were saddened to read that our co-author … END_OF_DOCUMENT_TOKEN_TO_BE_REPLACED