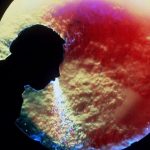 By the dawn of the twenty-first century, allergy had become a rich cultural resource for expressing and exchanging social anxieties about the material and ideological determinants and consequences of environmental degradation, ecological imbalance and global disharmony. Allergy had also emerged as a convenient vehicle for exposing and explaining diverse modern forms of individual physiological, psychological and political antagonism. Significantly, the allegorical potency of allergy was rooted not only in its broader cultural and ecological applications but also in its original meaning. For Clemens von Pirquet, allergy captured the manner in which internal bodily reactions, rather than merely external agents, shaped the manifestations of disease. Primarily indicative of a self-destructive pathological process, allergy was adopted both as a suitable metaphor for the self-inflicted damage wrought by Western civilization and as a symbol of radical endeavours to resist the commercial values and biological hazards propagated by modern society. Perhaps more than any other condition, allergy embodied the biological, political and spiritual challenges faced by inhabitants of the post-modern world.

(This is a passage from Allergy: The History of a Modern Malady, published in 2006 by Reaktion Books.)

You've heard from a patient. Now you will hear from a doctor. Topical Steroid Withdrawal, … END_OF_DOCUMENT_TOKEN_TO_BE_REPLACED

By Paul Ehrlich, MD The title above is from an excellent article in The Atlantic by … END_OF_DOCUMENT_TOKEN_TO_BE_REPLACED

By Dr. Paul Ehrlich and Henry Ehrlich We were saddened to read that our co-author … END_OF_DOCUMENT_TOKEN_TO_BE_REPLACED