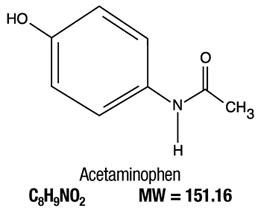 My old friend Dr. Renata Engler–whom I trained with at what is now called Walter Reed National Military Medical Center—has said, “Fifty percent of evidence-based medicine is significantly revised and/or reversed in five years.” Sometimes, it doesn’t even last that long. A little less than two years ago, an article was published in Pediatrics that sparked this headline in the New York Times “Studies Suggest an Acetaminophen-Asthma Link.” I wrote a post about it that quoted the Times: “[T]he evidence for a link between acetaminophen (aka paracetamol) and asthma is now strong enough for doctors to recommend that infants and children who have asthma (or are at risk for the disease) avoid acetaminophen.”

A new review article in the British Medical Journal (reported in Science Daily) carries the message, not so fast. While there does seem to be a correlation, it may result from the fact that the drug is used frequently to treat both infants and pregnant mothers who are suffering from respiratory infections, rather than the drug itself.

The authors searched databases spanning a period from 1967 to 2013 and found 11 studies out of the 1192 potentially relevant ones that were suitable for analysis. Seven studies covered the potential link between exposure to paracetamol while in the womb and subsequent childhood asthma, reaching widely varying conclusions, but only one looked at respiratory infections during pregnancy.

Six studies looked at exposure to paracetamol during the first two years of life–a critical period for lung development. Science Daily reports, “Although these studies consistently pointed to a link between the drug and the development of asthma, the association was considerably weakened after respiratory tract infections during infancy had been accounted for…And while a link was found between the number of times a child had been given paracetamol and that child’s asthma risk, this link all but disappeared when respiratory tract infections were taken into consideration, ‘making it unlikely that paracetamol is a clinically important risk factor asthma,’ write the authors.”

Or, as I wrote two years ago, “There are plenty of reasons that the kids who take acetaminophen might get more asthma. One is that they might just get sick more often than other children—respiratory viruses causing asthma is a current hot item in research—and, therefore, take more of the stuff.”

To be fair to the authors of the Pediatrics study, the association between a common, over-the-counter drug to relieve miserable symptoms can be hard to tease out. A Danish study published the same month in the Journal of Allergy and Clinical Immunology produced equivocal results. Looking at kids who had experienced troublesome lower-lung symptoms aka (medical acronym of the decade) TROLLS in the first three years of life and again at age seven, there was evidence of asthma by three but no increase by seven. There was also no correlation with maternal use during the third trimester.

So what is the new conventional wisdom? To me, the smart money is on the fact that the things that predispose children to allergies come at the expense of those that protect them from infections, both viral and bacteria, that, indeed, “underlying immune dysfunction might be a phenotypic or clinical feature of atopic conditions.”

As for Tylenol, call it acetaminophen or paracetamol, it is given to relieve the misery from the infection that is itself already triggering asthma. As a pediatric allergist, which means I was a pediatrician before I was an allergist, I am in favor of relieving a crying infant of his pain and fever.

PS—Another new study, also published by the British Medical Journal coming to us by way of Science Daily, makes the same point about putative links between antibiotic use and childhood asthma. The research comes from the Karolinska Institute in Sweden, which has done some of the most pertinent work on allergies over many years, including the technology for component testing and the use of exhaled nitric oxide as a marker for asthmatic inflammation. Drawing on Swedish population-based health care registers, they were able to study 500,000 children born between January 2006 and December 2010 and their mothers use of medicines during pregnancy and nursing.

Catarina Almqvist Malmros, Pediatrician and Professor at the Department of Medical Epidemiology and Biostatistics, who led the study, says, “Our results indicate that there is no causal link between antibiotics treatment and childhood asthma. But it is still important to use antibiotics very carefully, considering the threat of antibiotic resistance. We also want to emphasize the importance of correctly diagnosing children with airway symptoms, where suspected symptoms of asthma should be separated from respiratory infection.”

This was the first of several chats I had with Dr. Peter K. Smith, whose "False Alarm … END_OF_DOCUMENT_TOKEN_TO_BE_REPLACED

This was the first of several chats I had with Dr. Peter K. Smith, whose "False Alarm … END_OF_DOCUMENT_TOKEN_TO_BE_REPLACED