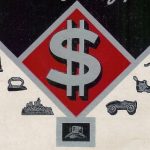 On June 13, concerned food-allergy moms sounded the alarm: there had been a recall of some Allerject™ units in Canada. Allerject is what they call the cool epinephrine auto-injector Auvi-Q™ north of the U.S. border. At 12:58 a.m. on Sunday the 14th, I wrote to my current contact at Sanofi, which makes Auvi-Q™, and asked whether this had any implications for U.S. customers. Seven hours later I had my reply:

Thanks for checking Henry. It does not.

Please refer to the Sanofi Canada press release for additional details or contact me if you have further questions.

Another brushfire extinguished promptly by your friends at asthmaallergieschildren.com. Or so I thought, until June 26 when I got a concerned phone call from Dr. Paul Ehrlich asking if I had heard about the big recall of Auvi-Q™. His rep from Mylan, which makes EpiPen™, had stopped by the office and let drop that there had been a recall of Auvi-Q™. No mention that it was Canada, or that it had been dealt with in a timely fashion. He also called his Sanofi rep. This morning he received an official Q&A on the incident from Sanofi, which began with this paragraph:

On June 13, 2015, Sanofi Canada announced a voluntarily recall for two (2) lots (#2857505 and 2857508) of Allerject 0.15 mg / 0.15 mL epinephrine auto injectors, which is approved and marketed in Canada. There have been no reports of patient injury as a result of this issue. This was discovered as part of a routine manufacturer quality review process. Sanofi Canada is in the process of customer notification. Affected lots were distributed in Canada as of June 1, 2015. No other Sanofi products are involved in this recall.

The Q&A stated that Sanofi had informed the Canadian health system and was otherwise conducting itself responsibly.

But Paul was charged up, as only he can get. He called me on Friday morning and said, “I’ve been dealing with EpiPen™ forever, and it’s always the same. When Twinject was the competition, they were all over the place. When Twinject disappeared, you couldn’t get someone on the phone at EpiPen™.”

We have followed Auvi-Q™ from the before the beginning when EpiPen™ started advertising on TV, and we anticipated the arrival of a competitor. We have noted the resort to disparaging “studies” of relative uptake of the epinephrine and most recently the corporate response to West Virginia’s dropping of their product from the state formulary. Nowhere have we seen any mention of improving their product to make it safer, more convenient, or cheaper.

We should expect more from Mylan, EpiPen’s parent company, which is highly innovative. This past March, they acquired an overseas unit of Abbott Laboratories for $5.3 billion in stock. A press report said, “The controversial move permits Mylan to cut down its U.S. tax bill and gives a financial increase to its approach of developing by way of acquisitions.” The company will continue to be run much more profitably from the Chicago area.

Just last week another report said that Mylan had agreed again to stop making dubious representations about 2018 earnings in a hostile bid for an Irish drug company after European regulators raised alarms.

As I said, innovative.

Kelly Barta, who has previously appeared on this website, is a survivor of topical steroid … END_OF_DOCUMENT_TOKEN_TO_BE_REPLACED

By Paul Ehrlich, MD The title above is from an excellent article in The Atlantic by … END_OF_DOCUMENT_TOKEN_TO_BE_REPLACED

By Dr. Paul Ehrlich and Henry Ehrlich We were saddened to read that our co-author … END_OF_DOCUMENT_TOKEN_TO_BE_REPLACED