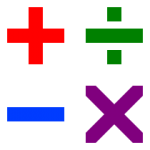 By coincidence, news of a study about the effectiveness of taking asthma medication as directed reached my desktop on the same day as a new announcement on the Higgs boson, a physics concept that has to do with the nature of matter. Why is this worth mentioning? Only that the first of these articles covers ground that is well understood and has been reduced to basic arithmetic, while the other concerns the nature of the universe in terms that almost no one comprehends.

Unfortunately, patients often take their medication when they start to feel symptoms for reasons of finances, inconvenience, steroid phobia, and carelessness, all of which we have discussed here before.

Lead researcher Keoki Williams, M.D., MPH, of the Henry Ford Hospital said: “”We found that every 25 percent increase in ICS [inhaled corticosteroids] adherence was associated with an 11 percent decrease in asthma attacks…But most importantly, we found that casual use of these medications is not enough, especially among patients whose asthma is not controlled. Patients must use their asthma controller medication as prescribed if they want to have the best chance of preventing serious asthma attacks.”

This is no mystery.

Now consider this: “Researchers hunting for an elusive sub-atomic particle believed to be a basic building block of the universe announced Tuesday that they have narrowed down the search thanks to the latest data.

“The Higgs boson – popularly referred to as the “God particle” – is more likely to be found in the lower mass or energy ranges of the massive atom smasher being used to track it down, researchers from two independent teams said.”

Kelly Barta, who has previously appeared on this website, is a survivor of topical steroid … END_OF_DOCUMENT_TOKEN_TO_BE_REPLACED

By Paul Ehrlich, MD The title above is from an excellent article in The Atlantic by … END_OF_DOCUMENT_TOKEN_TO_BE_REPLACED

By Dr. Paul Ehrlich and Henry Ehrlich We were saddened to read that our co-author … END_OF_DOCUMENT_TOKEN_TO_BE_REPLACED